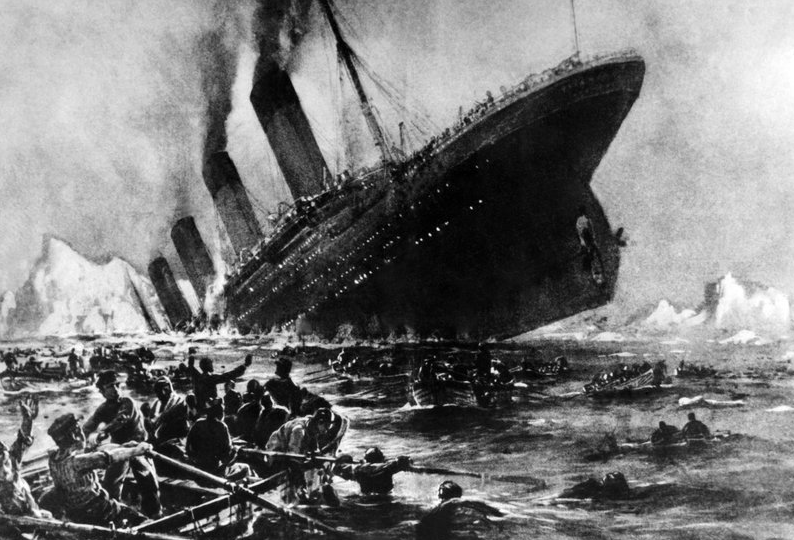 The lunch – including sweetbreads, spring lamb and pastries – was served during the liner’s sea trials on April 2 in 1912.

Second Officer Charles Lightoller, the highest ranking surviving officer from the Titanic, had given the menu to his wife as a souvenir before he left from Southampton on April 10 in 1912.

More than 1500 passengers and crew died when the Titanic struck an iceberg four days later.

Among the other items that went under the hammer at Henry Aldridge and Son in Devizes, Wiltshire was a key to the doomed vessel’s chart room that sold for STG78,000 ($142,000).

“This menu is one of the most important examples of its type in existence today, simply superb a true blue chip item,” auctioneer Andrew Aldridge said.

“It is from most famous ship in the world, the first meal served on it and owned by its most senior surviving officer.”

Titanic was due to leave Belfast for Southampton on April 1, but this was postponed until the following day due to bad weather.

Sea trials began at 10am on April 2, with the Titanic sailing all day and returning to port for some last-minute cargo. The ship was put at dead slow while lunch was served in the main dining saloon.

Once the meal was completed, the major stopping test was conducted.
It is believed that only one other example of a menu from April 2 survives.