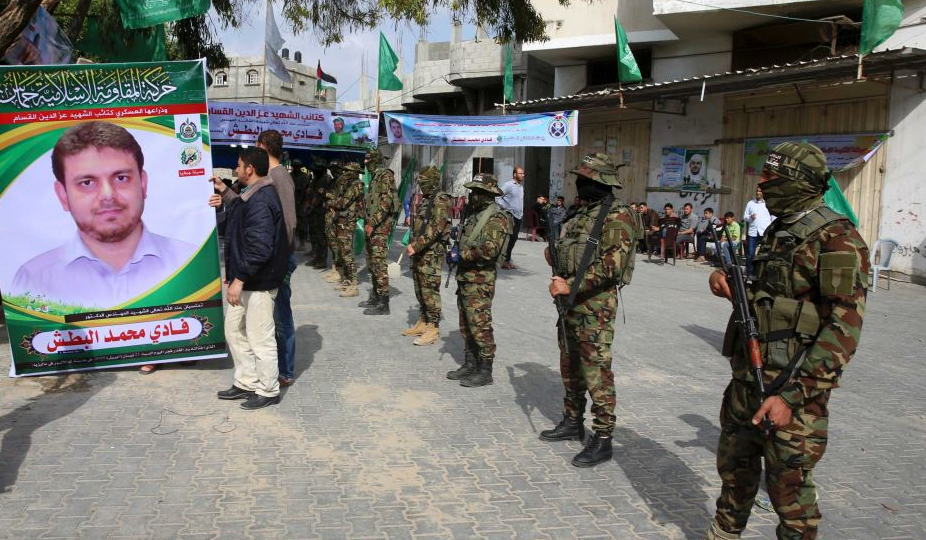 Gaza’s ruling Hamas militant group has accused Israel of being behind the assassination in Malaysia of a senior member of the organisation.

Authorities say Fadi al-Batsh, 34, was gunned down in a hail of at least eight bullets as he was heading to a mosque for dawn prayers in Kuala Lampur early Saturday.

His killers were described as two men of European appearance who sped away, leaving al-Batsh in a pool of blood.

Israeli media reported he was deeply involved in developing drones for use by Hamas’ military wing.

Malaysian police are investigating involvement of “foreign agents” in killing, which came as clashes and protests on the heavily fortified Gaza border enter their third week.

Four more Palestinians were killed by Israeli troops over Friday and Saturday, bringing to 35 the death toll among protesters demanding the right to return to their former homeland.

Gazans used catapults and slingshots to launch stones at Israeli forces, and some Palestinians brought wire-cutters to cut through the border fence, ignoring leaflets dropped by the Israeli military warning residents not to approach the frontier.

Hamas described Palestinian engineer al-Batsh only as a “loyal” member and a “scientist of Palestine’s youth scholars”, but it is generally acknowledged he was also a senior figure in the body’s military wing.

While al-Batsh was an ardent advocate of renewable energy, Hamas described his scientific accomplishments only as “important contributions” and noted he participated in international forums.

Hamas initially stopped short of blaming Israel, saying only that he had been “assassinated by the hand of treachery”.

Hamas official Ismail Haniyeh told The Associated Press that, based on previous assassinations, “Mossad is not away from this disgraceful, terrible crime”.

“There will be an unsettled account between us and it,” Mr Haniyeh said at the Gaza mourning tent, referring to Mossad.

“We cannot give up on the blood of our sons, youths and scholars.”

Besides his Hamas affiliation, al-Batsh was also a cousin of Khaled al-Batsh, a senior official in the Islamic Jihad militant group, who also accused Mossad of the assassination.

Though Hamas stressed al-Batsh’s scientific background, the funeral service of the Islamic movement’s militant wing suggested he was actually one of its military commanders. At a mourning tent in the Gaza Strip, a banner described al-Batsh as a member of the military wing.

Ten masked militants in camouflage uniforms stood in a line outside the tent in Jabaliya, the slain man’s hometown, to greet mourners. The ceremony is typical for senior Hamas commanders.

Al-Batsh specialised in electrical and electronic engineering and worked at a Malaysian university. He had lived there with his family for the past eight years and was an imam at a local mosque.

He received his PhD degree from the University of Malaya in 2015 and was a senior lecturer at the British Malaysian Institute. His official biography lists his research interests included power converters, power quality and renewable energy.