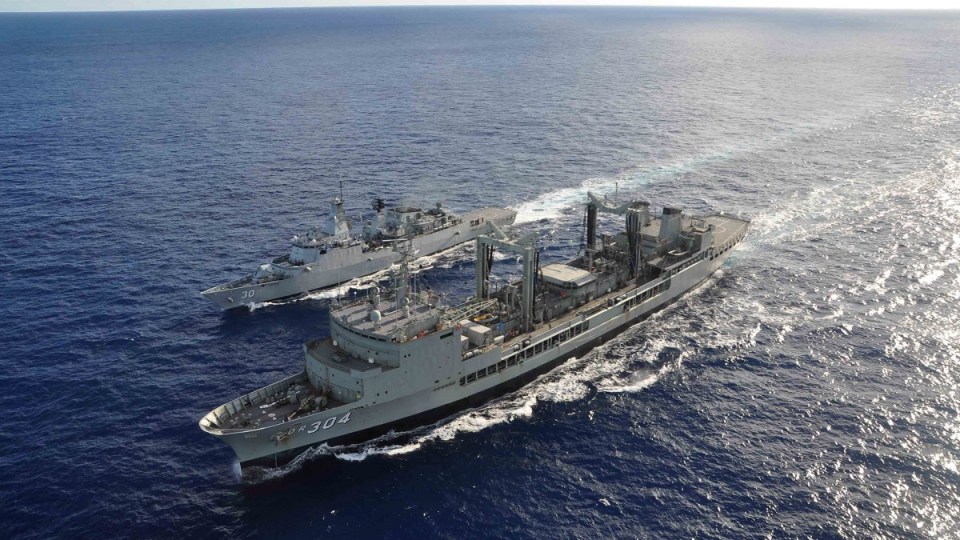 Australian Prime Minister Malcolm Turnbull reacted with defiance Friday morning (AEST) after it was revealed that three Australian warships were confronted by Chinese military while sailing through the South China Sea earlier this month.

The vessels, HMAS Anzac, HMAS Toowoomba and HMAS Success, were on their way to Vietnam for a three-day goodwill visit in Ho Chi Minh City when they were issued “robust” challenges by the People’s Liberation Army.

The challenge is thought to have occurred as the communist state was in the middle of conducting its largest ever naval exercises in the hotly contested waters.

News of the confrontation came a day after Vanuatu’s prime minister issued a public statement denying reports China was seeking to establish a military base on the Pacific Island.

A Defence official speaking to the ABC on the condition of anonymity, said the exchanges between the Chinese and Australia were polite but “robust”.

Speaking to reporters at the sidelines of the Commonwealth Heads of Government Meeting in London, Mr Turnbull asserted Australia’s right to traverse the South China Sea.

“All I can say is we maintain and practice the right of freedom of navigation, and overflight, throughout the world,” he told reporters.

“And in this context we’re talking about naval vessels on the world’s oceans, including the South China Sea, as is our perfect right in accordance with international law.”

The ABC reported the Defence Department has refused to answer questions or discuss details of the conflict, but confirmed HMAS Anzac and HMAS Success had recently traveled through the South China Sea after its visit to Subic Bay in the Philippines.

The Department added HMAS Toowoomba had also traveled through the disputed waters after leaving Kota Kinabalu in Malaysia.

“The Australian Defence Force has maintained a program of international engagement with countries in and around the South China Sea for decades,” the Department told the ABC.

“As they have done for many decades, Australian vessels and aircraft will continue to exercise rights under international law to freedom of navigation and overflight, including in the South China Sea.”

Earlier this month, when the encounter occurred, China brought out much of its naval hardware for the world to see in the South China Sea, as part of President Xi Jinping’s review of the People’s Liberation Army.

The Australian government has previously voiced its concerns over China’s military build-up in the region, including the construction of militarised islands in the South China Sea.

The rights to the region and its man-made islands are the subject of a continuing dispute by neighbouring nations including Taiwan, Malaysia, Brunei, Indonesia, the Philippines and Vietnam.

Japan and the Korean Peninsula also have a huge interest in the dispute, which includes the Spratly Islands, Parcel Islands and the Gulf of Tonkin.

An estimated $US5 trillion ($6.5 trillion) in global trade passes through the South China Sea each year, meaning most of the globe has an interest in shipping lanes remaining in international waters.