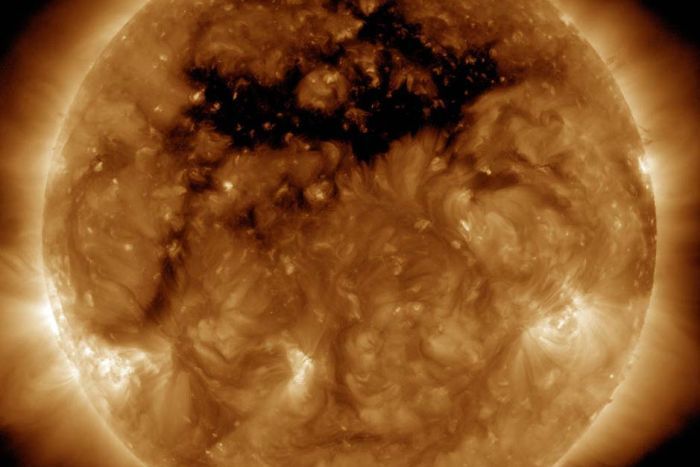 The Sun is not an only child, but its siblings are all light years away. Photo: NASA

An Australian-led team of galactic archaeologists is on a quest to find stars born at the same time and place as the Sun, and have mapped the chemical make-up of almost 350,000 stars, with the ultimate goal of shining a light on the Milky Way’s history.

Stars formed together in clusters share the same chemical composition – which scientists liken to DNA – but a family reunion remains unlikely as the stars usually drift light years apart after their formation.

The team has been surveying the skies with a spectrograph, analysing what elements stars are made from.

The project, dubbed the GALAH survey when it was created in 2013, released its first major data set today.

“This is a tremendously large number of stars that we’re able to collect information for,” GALAH project scientist and UNSW senior lecturer Sarah Martell said.

“That really helps us in understanding both the history of what’s going on there … but also because when you’re looking for unusual things, the only way to find them is to look at a lot of things.

The survey makes use of the HERMES spectrograph at the Australian National University’s Siding Spring observatory, which allowed researchers to analyse starlight across the spectrum to determine the chemical composition of stars.

Martin Asplund of the ANU, who leads the analysis of the survey, said chemical tagging of stars was key to finding the Sun’s long-lost siblings.

“[HERMES] spreads out the starlight into different wavelengths, different frequencies. and from that we can then identify each star’s chemical fingerprint,” he said.

“The idea is that stars born together should have the same chemical composition, that’s why we call them siblings – they share the same DNA.”

Analysis of the data is still ongoing, so no sibling stars for our Sun have been found yet – but the data set of 342,000 stars will assist scientists looking to deduce the history of the Milky Way.

“By looking at a lot of stars, we’re able to get a really clear picture of the historical development of the galaxy: When did stars form, how did they make new elements, how does that form into new generations of stars?” Dr Martell said.

“The problem we have is that stars move around, so not like archaeologists, they look for relics in the ground,” he said.

“The problem that we have, we look for stars that were born at a certain time, but they are moved around in the galaxy in the billions of years since they were formed.”

Analysis of such a large and complex data set has also thrown up challenges for researchers, who have had to adapt with novel methods to deal with the data, writing new computer programs to keep up with the vast amounts of information.

“One of the real challenges of moving into big data for astronomy is figuring out how to deal with it all,” Dr Martell said.

“When you have 342,682 stars, you need a computer program that doesn’t think too hard.”

The GALAH survey will continue to analyse the data collected so far, but ultimately researchers want to collect data on 1 million stars.

The team hopes to resume its data collection in August, and Professor Asplund said he hoped the Sun’s siblings would be found within a few years.

Our Sun has ‘DNA’, and we’re searching for its family