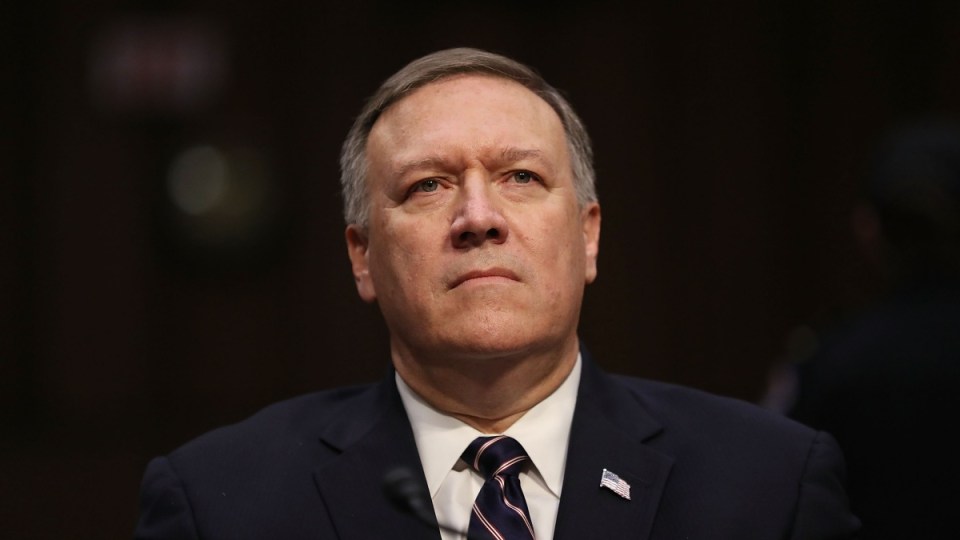 The Secretary of State nominee is said to have met Kim over Easter. Photo: Getty

US Secretary of State nominee and CIA Director Mike Pompeo made a secret visit to North Korea over the Easter weekend and met with North Korean leader Kim Jong-un.

Mr Pompeo’s conversations fuelled President Donald Trump’s belief that productive negotiations were possible with North Korea, but far from guaranteed, according to an unnamed senior US official briefed on the trip.

Mr Trump said earlier on Tuesday the United States was engaged in direct talks at “extremely high levels” with North Korea to try to set up a summit between him and its leader, Kim Jong-un.

The President sowed some confusion by suggesting he had been speaking to Kim directly, but later clarified by saying: “Let’s leave it a little bit short of the highest level.”

White House spokeswoman Sarah Sanders added: “The president said the administration has had talks at the highest levels and added that they were not with him directly.”

Asked about Mr Pompeo, she said: “The administration does not comment on the CIA director’s travel.”

Mr Pompeo’s trip made him the most senior US official to visit North Korea since then-intelligence chief James Clapper in 2014.

The President’s comments came as he and Japanese Prime Minister Shinzo Abe opened two days of talks at the president’s Mar-a-Lago retreat in Palm Beach, Florida.

Efforts to arrange an unprecedented meeting between the US and North Korean leaders have helped ease tensions over Pyongyang’s development of nuclear missiles capable of hitting the United States.

Kim has agreed to discuss denuclearisation, according to US and South Korean officials.

Mr Trump, who has exchanged bellicose threats with Kim in the past year, said US officials were looking at five locations for a meeting with North Korean leader, which is rumoured to happen in May.

Asked if any of those were in the United States, he replied: “No.”

A US official said sites in Southeast Asia and Europe were among those under discussion. Kim has rarely left North Korea.

Speculation has centred on a range of sites including Pyongyang, the demilitarised zone between the Koreas, Stockholm, Geneva and Mongolia.

Mr Trump said it was possible that diplomatic efforts to arrange a Kim summit would fall short and if it does not happen, the United States and its allies would maintain pressure on Pyongyang through sanctions.