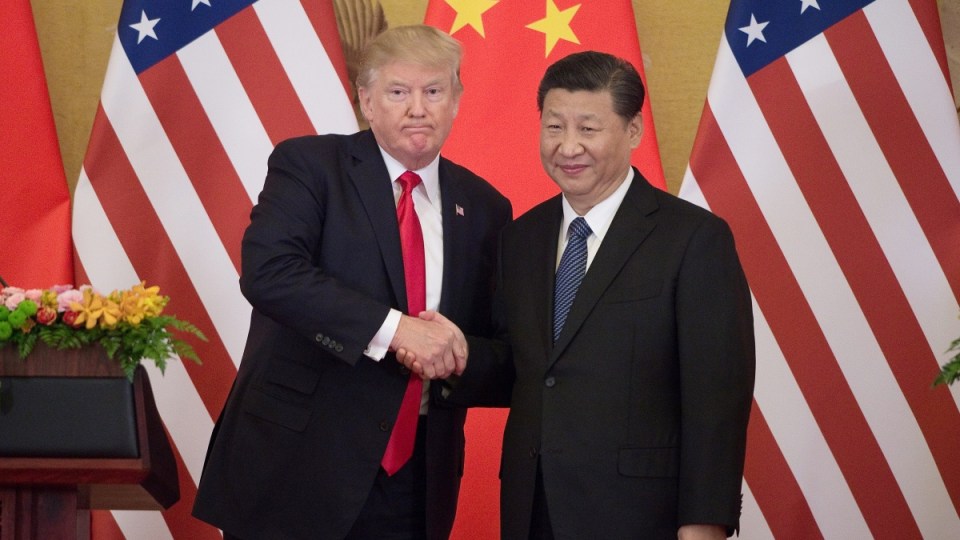 China has released its retaliatory list of duties on US products. Photo: Getty

China has responded to its escalating trade dispute with the United States, announcing plans for heavy new tariffs on US goods, as President Donald Trump dismissed intensifying fears of a trade war.

The Chinese Ministry of Commerce on Wednesday said it plans to impose a 25 per cent tariff on $US50 billion ($65 billion) worth of US exports, with 106 products up for possible tariff hikes.

The country’s tax agency gave no date for when the tariff will take effect, saying it would depend on what Mr Trump did about US plans to raise duties on Chinese goods.

China’s announcement was a direct response to the Trump administration’s publication on Tuesday that it intends to target 1300 Chinese exports – also worth $US50 billion – with 25 per cent tariffs.

Global stock markets, fearful of a trade war between the world’s two economic superpowers, were shaken by the salvos between China and the US but have since regained some lost ground.

President Trump, who contends his predecessors served the US badly in trade matters, rejected the notion that the tit-for-tat moves amounted to a trade war.

Mr Trump’s clash with China comes as he plans to narrow the US trade deficit with China that stood at $US375.2 billion ($487.9 billion) last year.

We are not in a trade war with China, that war was lost many years ago by the foolish, or incompetent, people who represented the U.S. Now we have a Trade Deficit of $500 Billion a year, with Intellectual Property Theft of another $300 Billion. We cannot let this continue!

“We are not in a trade war with China, that war was lost many years ago by the foolish, or incompetent, people who represented the US,” he wrote on Twitter early on Wednesday.

The trade actions will not be carried out immediately, so there may be room for manoeuvre.

Mr Trump’s top economic adviser, Larry Kudlow, and US Commerce Secretary Wilbur Ross both held out the possibility of talks to resolve the matter.

Asked by reporters outside the White House whether the US could lose a trade war, Mr Kudlow said: “No. I don’t see it that way. This is a negotiation, using all the tools.”

Mr Ross told CNBC it would not be surprising if negotiations ensued, but did not say when this might happen.

While Washington targeted products that benefit from Chinese industrial policy, including its “Made in China 2025” initiative to replace advanced technology imports with domestic products in strategic industries such as advanced IT and robotics, Beijing’s appeared tailored to inflict political damage.

Washington’s list was filled with many obscure industrial items but China’s list strikes at signature US exports, including soybeans, frozen beef, cotton and other agricultural commodities produced in states from Iowa to Texas that voted for Trump in the 2016 presidential election.

One of the first opportunities for the US and China to discuss the dispute is during an April 20-22 meeting of the International Monetary Fund and World Bank in Washington, where finance officials traditionally meet on the sidelines to discuss bilateral issues.

US-made goods that appear to face added tariffs in China, based on an analysis of Beijing’s list, include Tesla electric cars, Ford’s Lincoln car models, Gulfstream jets made by General Dynamics and Brown-Forman’s Jack Daniel’s whiskey.

China ran a $US375 billion goods trade surplus with the US in 2017. Mr Trump has demanded that the China cut the trade gap by $US100 billion.

“But let’s remember: we buy five times more goods than they buy from us. They have a lot more to lose in any escalation in this matter.”

Trade war escalates: China fires back with $65 billion tariff on US goods