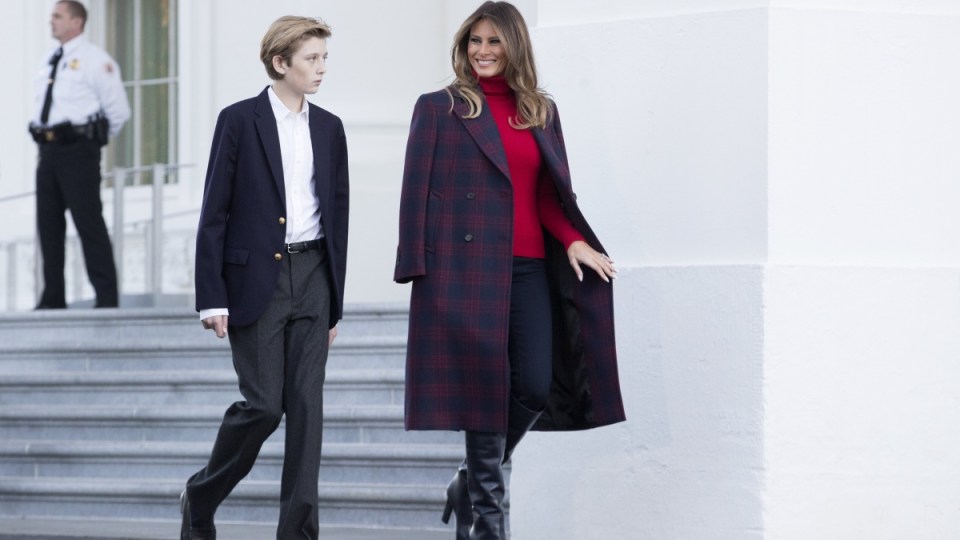 Melania Trump is 'focused on being a mum' after bombshell Stormy Daniels interview. Photo: AAP

Melania Trump has responded through a spokesperson to the highly-anticipated interview with adult-film star Stormy Daniels, who claims she had an affair with US President Donald Trump.

“She’s focused on being a mum and is quite enjoying spring break at Mar-a-Lago while working on future projects,” Stephanie Grisham said.

Ms Grisham also tweeted in defence of the President and his wife’s 12-year-old son, Barron Trump.

“While I know the media is enjoying speculation & salacious gossip, Id like to remind people there’s a minor child who’s [sic] name should be kept out of news stories when at all possible,” she said after Ms Daniels’ interview with Anderson Cooper aired on Sunday local time.

President Trump also appeared to respond to the rumours on Twitter on Tuesday morning (AEDT), tweeting: “So much Fake News. Never been more voluminous or more inaccurate. But through it all, our country is doing great!”

So much Fake News. Never been more voluminous or more inaccurate. But through it all, our country is doing great!

Stormy Daniels, whose real name is Stephanie Clifford, told CBS News’ 60 Minutes she was threatened in 2011 while with her infant daughter to discourage her from discussing her alleged relationship with Mr Trump.

She said that she was in a parking lot on her way to a fitness class with her child when an unknown man approached her.

“And a guy walked up on me and said to me, ‘Leave Trump alone. Forget the story.’ And then he leaned around and looked at my daughter and said, ‘That’s a beautiful little girl. It’d be a shame if something happened to her mom.’ And then he was gone,” Ms Daniels said.

She also told 60 Minutes she and Mr Trump had sexual relations only once, but that she had seen him on other occasions and he had kept in touch with her.

“The president doesn’t believe that any of the claims that Ms. Daniels made last night in the interview are accurate,” he said.

Ms Daniels sued the Mr Trump on March 6, alleging he never signed an agreement for her to keep quiet about an “intimate” relationship between them.

Mr Shah declined to comment that Mr Trump’s personal lawyer Michael Cohen broke federal law when he arranged a secret $US130,000 payment to Ms Daniels for her silence on the alleged affair, 11 days before the 2016 presidential election.

“The campaign or Mr Cohen can address anything with respect to their actions,” he said.