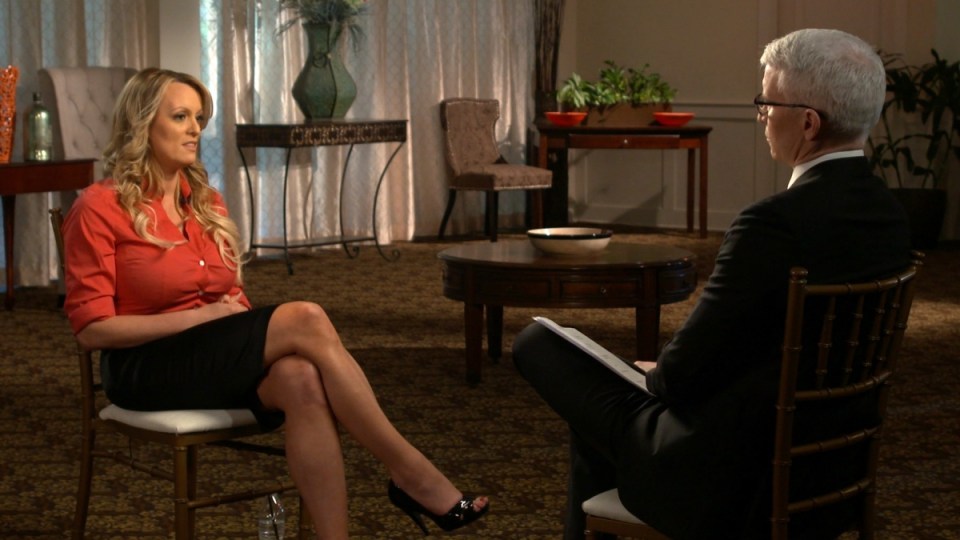 Had he done so, we wouldn’t have had to cope with the now-indelible image – described by Ms Daniels on CBS News’ 60 Minutes – of her spanking Mr Trump in his underwear in a Las Vegas hotel room with a rolled-up magazine bearing his image. Thanks for nothing, Stormy.

That was in the midst of the campaign’s crisis involving more than a dozen accusations of sexual harassment, as well as the infamous “Access Hollywood” audio tape.

The irony, of course, is that Mr Trump’s crisis blew over. His campaign, and now his presidency – with its daily discharge of industrial-strength sleaze and dishonesty – effectively obliterated those rules, at least for now.

Thus numbed to Mr Trump’s outrages, you can imagine millions of Americans muttering on Sunday night, while waiting for Ms Daniels to spill the beans: “Tell me again why I should care about this. Is this about sex, or something more complicated?”

Ms Daniels was up to the task. She admitted to sleeping with Trump reluctantly but voluntarily. She admitted taking the $US130,000 and agreeing to keep quiet, and said she only tried to back out after The Wall Street Journal revealed the hush money deal.

She pointed out she wasn’t getting a penny for the 60 Minutes interview, and that interviewer Anderson Cooper hadn’t even bought her breakfast.

Moreover, she signed more than one denial of the affair, so why believe her now? And who was the man who she said threatened her to keep quiet back in 2011, and why didn’t she go to the police?

Mr Cooper threw it all at her, but Ms Daniels didn’t flinch. She appeared as a woman who made mistakes, told lies, and knows how it looks. But it was in the slow accumulation of her bad decisions that Ms Daniels seemed the most human.

Ms Daniels’ 60 Minutes appearance was, in the end, less about the sex and the betrayal and more about the thuggishness and bullying of Mr Trump’s henchmen, which has already been aired in the past few weeks.

Mr Trump faces real problems regarding the payment to Ms Daniels, under the arcane rules of US campaign finance laws, and perhaps even the investigation by special prosecutor Robert Mueller. He may put the squeeze on Mr Trump’s lawyer in hopes of finding out more.

But in the end, it may just be another shovelful of Trump sleaze to contend with.

Donald Trump’s standing gets another spanking