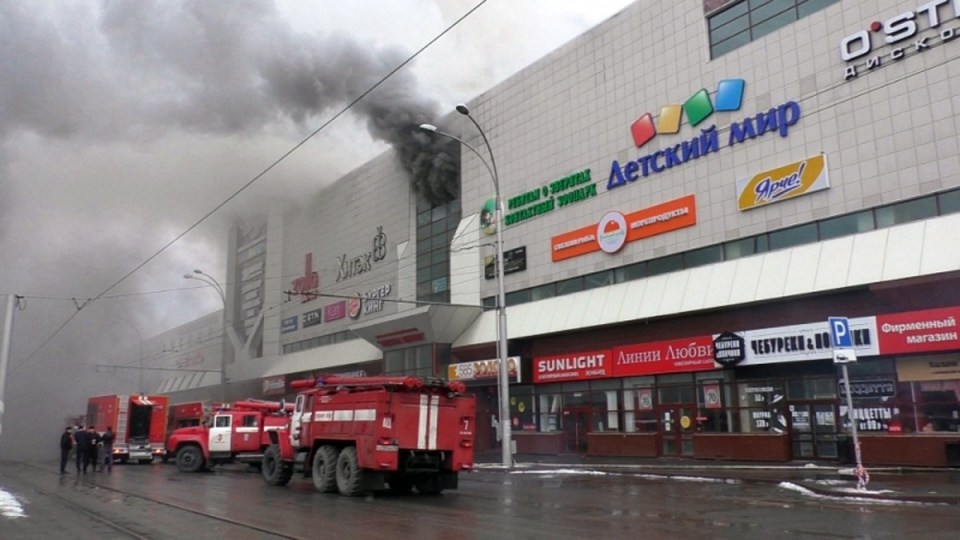 Dozens have died in a Russian shopping mall fire, with many still unaccounted for. Photo: AAP

A fire engulfing a shopping centre in the Siberian city of Kemerovo has killed at least 64 people, including nine children.

The blaze tore through the building early on Sunday (Australian time), injuring more than 40 people while more than a dozen others remain unaccounted for, local news outlets reported.

The fire, one of the deadliest in Russia since the end of the Soviet Union, swept through the upper floors of the shopping centre where a cinema complex and children’s’ play area were located.

Russian authorities have launched a criminal investigation into the blaze, which started on the fourth floor of the Winter Cherry shopping mall in central Kemerovo before ripping through an area of 1500 square metres, TASS news agency reported, citing an emergency services spokesman.

Thirteen bodies were found in one of the movie theatres, deputy state governor Vladimir Chernov said.

Russian emergency services said the fire had now been extinguished but that rescuers were struggling to reach the upper floors because the roof of the building had collapsed.

Twenty people were reportedly rescued from the burning building, which opened in 2013, and some 100 others were evacuated. Television pictures showed people jumping from the windows of the shopping centre, which was engulfed in black smoke.

Russian state investigators said four people had been detained over the fire, including the owners and leasers of outlets inside the shopping mall.

The Investigative Committee, which handles major crimes, said it was trying to bring in the mall’s principal owner for questioning. It is reporting directly to President Vladimir Putin.

Kemerovo, a coal mining centre in Siberia, is located about 3600km east of Moscow.