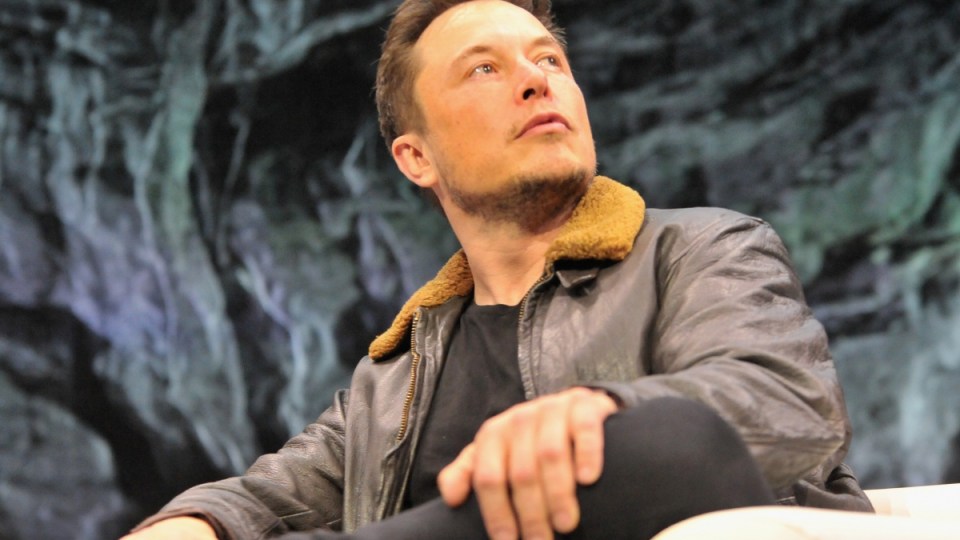 Elon Musk wants to use his so-called 'BFR' to colonise Mars. Photo: Getty

A game-changing, provocatively-named spaceship developed by SpaceX chief Elon Musk could be ready for its maiden flight in 2019.

The 106-metre-long spaceship, nicknamed the ‘Big F—ing Rocket’ (BFR), will likely be able to perform “short up and down” test flights by early-to-mid 2019, Mr Musk revealed this month, at the South by Southwest Technology and Culture Festival in Austin, Texas.

“I’m feeling pretty optimistic about the timeline, although people have told me my timelines have historically been optimistic,” he said.

The ultimate goal is to build a fully reusable, interplanetary ship so it could transport at least one million people to Mars, Mr Musk said.

It would take about 10,000 trips over 40 to 100 years to achieve a “fully self-sustaining civilisation on Mars”, he said.

The BFR, which is “being built now” to carry 100 people and travel at a maximum speed of 27,000 kmh, is longer than the longest version of the Boeing 737 and wider than the fuselage in the Airbus A380 super jumbo.

It could also be used to travel “most long distance trips” around the Earth in “less than 30 minutes”, according to a promotional video by SpaceX. 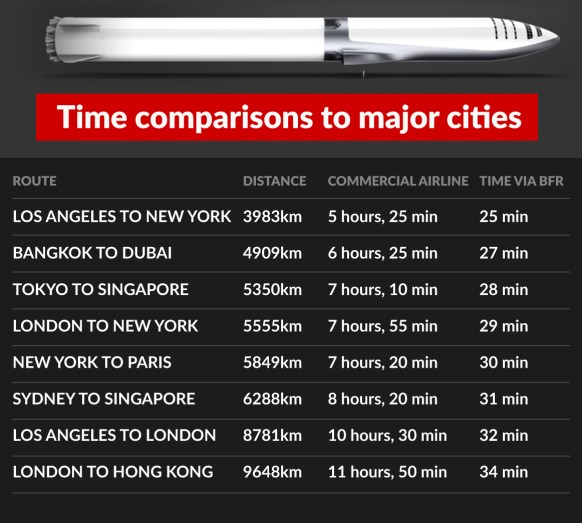 The colonisation of Mars is imperative for the preservation of the human species, Mr Musk said.

“We want to make sure there’s enough of a seed of human civilisation somewhere else to bring civilisation back and perhaps shorten the length of the dark ages.

“For the early people that go to Mars, it will be far more dangerous. It kind of reads like [Ernest] Shackleton’s ad for Antarctic explorers: ‘Difficult, dangerous, good chance you’ll die. Excitement for those who survive’.”

He jokingly added: “Mars will need everything from iron foundries to pizza joints to nightclubs … Mars should definitely have great bars … the Mars bar.”

By 2024, SpaceX intends to send the first humans to Mars to begin building a thriving city and preparing for future crew flights.

Astronomer Dr Michael Brown from Monash University said if SpaceX manages to send the BFR to Mars, it could be a “big change in how space exploration is done”.

“Human space flight and human exploration of space have been government-driven since the start of the space race,” Dr Brown said.

“This could change it to being something that’s driven by private companies.”

Mr Musk is someone who “puts stuff out there with very ambitious timeliness and you have to treat those with a little bit of a grain of salt”.

Associate Professor Dr Raj Das, from the School of Engineering at RMIT University, said a spacecraft of that capacity and fitted with the most efficient technology would not be able to make it even halfway to Mars – a total distance of about 55 million kilometres from Earth.

“I don’t think it has been proven technologically, according to space science, that the proposed spacecraft can reach Mars,” Dr Das said.

“You cannot do that with the kind of technology and system that is being proposed,” he said.

The BFR has potential for short-space missions, maybe to the moon, he added.

But senior lecturer in Aerospace Design and Propulsion Dr Dries Verstraete, at the University of Sydney’s School of Aerospace, said the BFR is technically feasible.

“How quickly it will happen depends on availability of funding.”

The BFR will eventually replace SpaceX’s Falcon Heavy – the most powerful operational rocket in the world – and its Falcon 9 and Dragon rockets, Mr Musk said at the International Astronautical Congress in Adelaide on September 29, 2017.

This would be key in making the BFR affordable, he said.

“All our resources will turn toward building BFR,” Mr Musk said. “And we believe we can do this with the revenue we receive from launching satellites and servicing the space station.”

Elon Musk boasts his rocket will take us to Mars. But will it?