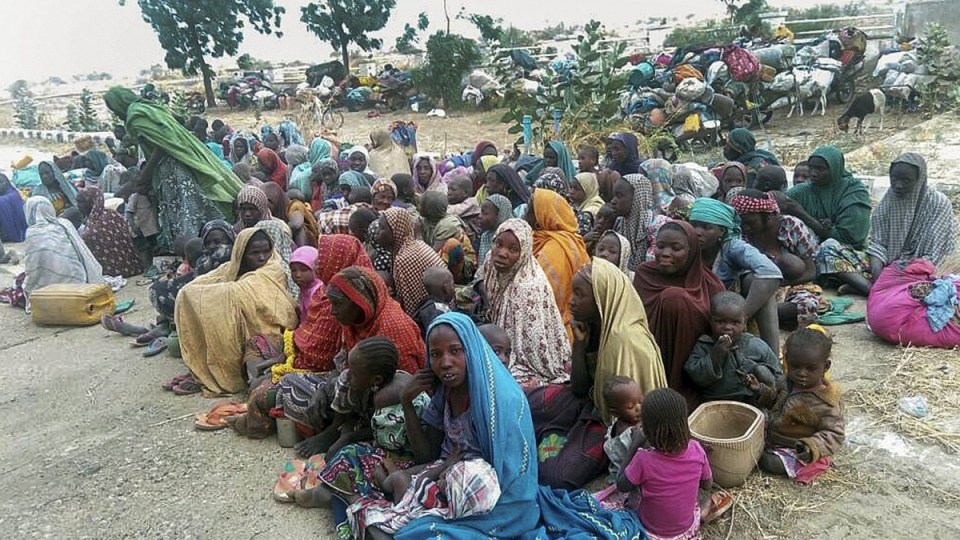 Most of the Boko Haram group kidnapped girls aged 11 to 19 have been released Photo: AAP

Islamist militants have freed scores of kidnapped Nigerian schoolgirls, but some of the released students say their friends have died and another is still being held after they were kidnapped a month ago.

The fighters from the Boko Haram group, some shouting ‘God is greatest’, drove the girls back into the northeast town of Dapchi in a line of trucks on Wednesday morning local time, dropped them off then left.

The captors said they released the girls “out of pity”, while Nigerian authorities denied that a ransom had been paid.

“Five among us taken away were dead – it was because of the stress and trauma that made them tired and weak,” one of the freed girls, Khadija Grema, said.

“I don’t know why they brought us back but they said because we are children of Muslims.

“One is still with them because she is a Christian.”

Aliyu Maina, reunited with his 13-year-old daughter, said the fighters “stopped and blocked the road, they didn’t talk to anybody, they didn’t greet anybody”.

“They said people should make space for people to recognise their children and I got my child,” Mr Maina said.

Boko Haram has waged a nine-year insurgency in northeast Nigeria and neighbouring states that has killed tens of thousands of people and seen thousands abducted.

The kidnapping of 110 girls aged 11-19 on February 19 from Dapchi was the biggest mass abduction since Boko Haram took more than 270 schoolgirls from the town of Chibok in 2014 – a case that triggered international outrage.

Nigeria had secured the release “through back-channel efforts and with the help of some friends of the country,” Minister of Information Lai Mohammed said in a statement, without elaborating.

“For the release to work, the Government had a clear understanding that violence and confrontation would not be the way out as it could endanger the lives of the girls, hence a non-violent approach was the preferred option,” he said.

Dapchi residents said more than 100 girls had returned on Wednesday.

Local resident Ba’ana Musa said the extremists said “this is a warning to you all” to not put your daughters in school again.

“We did it out of pity. And don’t ever put your daughters in school again,” the extremists reportedly said.

Muhammad Bursari said his niece Hadiza Muhammed, another of the freed girls, told him the remaining student was still in captivity because she had refused to convert to Islam.

“They didn’t harm us,” Grema added. “They were giving us food, very good food. We didn’t have any problem.”

‘What a hit’: Albanese on attack after dire wages data
Inquiry into mother’s convictions over deaths of four children
Viagogo loses appeal over $7 million penalty
Sydney home sprayed with bullets in gang violence
‘Admit what the hell is going on’: Biden wants US to face White Supremacy problem
Device detonated, man arrested in Brisbane sieges
Donald Trump was explicitly asked not to congratulate Vladimir Putin, then he did
Today's Stories