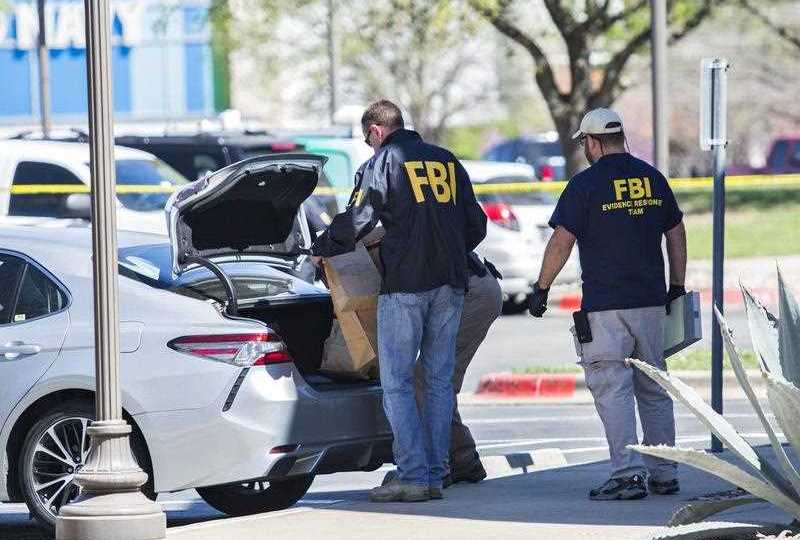 The suspect in a series of blasts that have killed two people and seriously injured four others in Austin, Texas, is dead.

Austin police chief Brian Manley said police had tracked the suspect to a hotel near Austin and were following him when he pulled to the side of the road and detonated a device, killing himself.

Mr Manley said the suspect set off a bomb as the SWAT team was closing in.

“The suspect is deceased and has significant injuries from a blast that occurred from detonating a bomb inside his vehicle,” the police chief told reporters.

Two Austin police officers were approaching the vehicle when the suspect set off his device.

One officer fired at the vehicle and the other sustained a minor injury when the bomb went off, Mr Manley said.

The suspected serial bomber – a 24-year-old white male – is believed to be behind the four explosions in Austin in recent weeks.

Investigators had been looking into whether race was a factor in the parcel bombings.

Police had urged residents of the area to treat packages with suspicion during the bombing campaign, and Mr Manley warned residents not to let their guard down yet since investigators were not sure whether the suspect had placed or sent more bombs.

The first of the four explosions was caused by a package bomb that detonated at a north-eastern Austin home on March 2, killing 39-year-old black man Anthony Stephan House.

Two other package bombs exploded further south on March 12. The first killed a 17-year-old and wounded his mother, they were both black, and the second injured a 75-year-old Hispanic woman.

Police believed the second bomb may have been intended for a black family’s home, raising the possibility they were a hate crime.

But Mr Manley said investigators still had no clear idea of what prompted the attacks.

“We do not understand what motivated him to do what he did,” Mr Manley said.

The fourth blast was a roadside bomb that was triggered by a tripwire — a higher level of sophistication than the previous attacks.

In the first three cases police said the packages did not appear to have gone through the US Postal Service or private carriers like UPS, but were left on doorsteps without a knock or ringing of doorbells.

Police were investigating whether a parcel bombing at a FedEx facility on Tuesday morning (local time) was linked to the four other bombings.

An employee was injured at the facility near San Antonio about 1:00am, while a second unexploded bomb was also found at the same facility.

The homemade bomb was bound for Austin.

Police responded to another explosion in Austin on Tuesday evening (local time) at a goodwill store in the southern part of the city.

Austin-Travis County Emergency Medical Services tweeted that a man in his 30s was injured but was expected to survive.

It was the sixth explosion in the Austin area since March 2 but police did not believe the latest incident was linked to the other bombings.