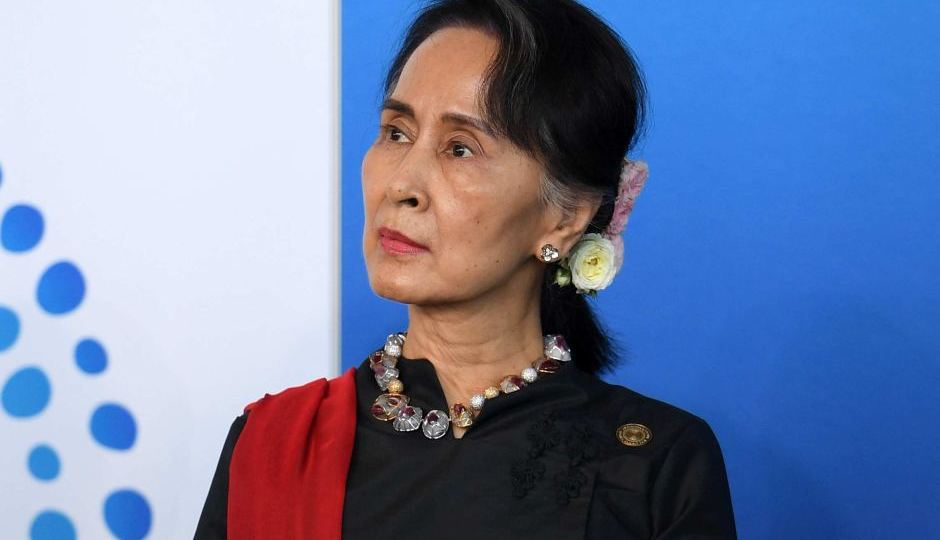 Ms Suu Kyi, who is in Australia for the ASEAN summit, has faced criticism for failing to speak out over the persecution of the country’s Rohingya population.

A statement from the Lowy Institute, which was scheduled to host Ms Suu Kyi on Tuesday, said the Myanmar Embassy had contacted the organisation could not appear due to ill health.

She had been scheduled to give a speech and take questions from the audience, the statement said.

As state counsellor, a position akin to prime minister, Ms Suu Kyi was in Sydney on the weekend for a special gathering of Southeast Asian leaders.

In Canberra, she inspected the button and brass of the Australian Federation Guard officers and marching band as the troops sweltered under a cloudless sky.

Ms Suu Kyi has been criticised in recent months for her silence in the face of the ongoing persecution of Myanmar’s Rohingya ethnic minority.

But at a special summit of the Association of South East Asian Nations on the weekend, Mr Turnbull said Ms Suu Kyi had raised the issue in private meetings.

Pressure has been building on Ms Suu Kyi, as Mr Turnbull reveals the Nobel Peace Prize winner turned to leaders from ASEAN’s nine other member countries for humanitarian help.

“She seeks support from ASEAN and other nations to provide help … from a humanitarian and capacity-building point of view. Everyone seeks to end the suffering.

“Our goal is to support a peaceful and speedy resolution of the humanitarian disaster that has resulted from the conflict.”

However, current chair of the summit and Singapore’s Prime Minister Lee Hsien Loong said ASEAN did not have the authority or the capacity to directly intervene in Myanmar’s internal affairs.

Mr Turnbull has vowed to raise the situation in Rakhine state with Ms Suu Kyi privately during their Canberra meeting on Monday.

An estimated 700,000 Rohingya people have poured across the border into Bangladesh refugee camps since last August following a military crackdown.

Among the atrocities, villages were burned, women raped and babies murdered.
The United Nations has dubbed the violence a text book case of “ethnic cleansing”.

Ms Suu Kyi last visited Canberra in 2013 on a five-day Australian tour, before she was allowed to stand for parliament, following her release from almost 15 years of house arrest in 2010.

The then prime minister Tony Abbott described her as an “icon of democracy” and Foreign Minister Julie Bishop said it was Ms Suu Kyi who inspired her to get into politics.

Last December, the UN human rights boss Zeid Ra’ad Al Hussein would not rule out genocide charges against Ms Suu Kyi and slammed her failure to use the term “Rohingya”.

Malaysian Prime Minister Najib Razak told the leaders summit on Saturday, the Rohingya crisis in Myanmar and Bangladesh could explode into a serious security threat for the region.

He fears Islamic State militants could use the atrocities against the Rohingya people as a breeding ground for radicalisation.

Meanwhile, Attorney-General Christian Porter has ruled out a bid by Melbourne lawyers to prosecute Ms Suu Kyi on crimes against humanity.

Ms Suu Kyi will receive a ceremonial welcome and 19-gun salute during her visit to Canberra and also meet Opposition Leader Bill Shorten.