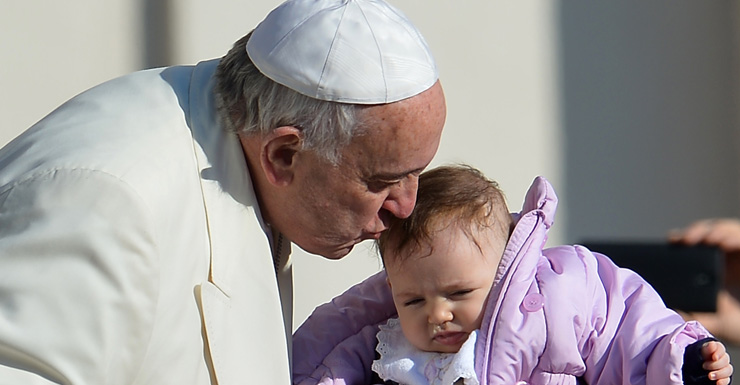 Conservative critics charge Pope Francis with promoting a populist papacy, rather than one based on traditional Catholic doctrine. Photo: Getty

Stung by accusations of spreading “fake news”, the Vatican has released the complete letter by Emeritus Pope Benedict XVI in which the former pontiff criticises the direction the church is taking under his successor, Pope Francis.

The release was prompted by blistering criticism of current Vatican officials for selectively citing only parts of Benedict’s note and digitally manipulating a photograph of the document to obscure critical passages.

The previously hidden part of the letter provides the full explanation why Benedict refused to write a commentary on a new Vatican-published compilation of books about the Jesuit Francis’ theological and philosophical background.

The book was released in early March to mark Francis’ fifth anniversary as pope.

In addition to saying he didn’t have time, Benedict noted that one of the authors who contributed a chapter to the book project had launched what the ex-pontiff described as “virulent” and “anti-papist” attacks against his own teachings and that of St John Paul II.

Benedict said he was “surprised” the Vatican had chosen the theologian to be included in the 11-volume The Theology of Pope Francis.

“I’m certain you can understand why I’m declining,” Benedict wrote.

The Vatican’s Secretariat for Communications said on Sunday (Saturday local time) it was releasing the full text of the letter due to the controversy over the “presumed manipulation” of information when the volume was launched  with great fanfare on the eve of Francis’ anniversary.

It said its decision to withhold part of the letter at the time was based on its desire for reserve, “not because of any desire to censor”.

The so-called “Lettergate” scandal has embarrassed the Vatican’s communications operations and fuelled the growing chasm between supporters of Francis’ pastoral-focused papacy and conservatives who long for a return to the doctrine-minded tenure of Benedict.

A Twitter hashtag #releasetheletter went viral among Catholic conservatives as the scandal widened.

The Secretariat for Communication, in particular, was accused of spreading “fake news” for having omitted key parts of Benedict’s letter and digitally blurring a photograph of the document where Benedict started to explain why he wouldn’t comment on the book.

Photojournalism industry standards forbid such manipulation of a photo, especially if it alters the content and meaning of the image, as it did.