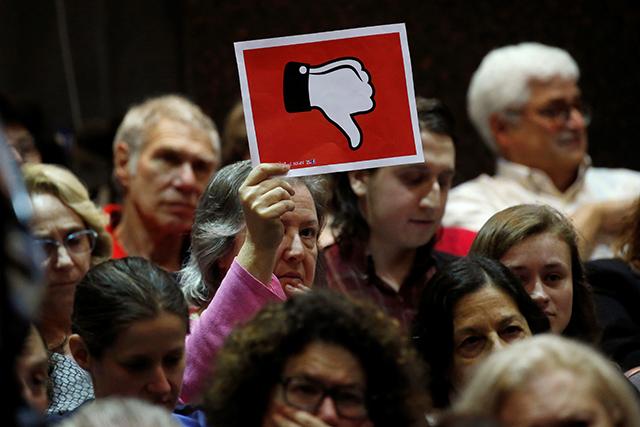 NIMBY is term that means 'Not In My Backyard' and is used when citizens oppose a public work or private development that will be built close to where their live. Photo: MinnPost

‘Feeling blue’, ‘down to earth’ and ‘piece of cake’ are common colloquial terms used in today’s society. However, have you ever heard of the term NIMBY?

What is a NIMBY?

It is a term that means ‘Not In My Backyard’.

It is used when citizens oppose a public work or private development that will be built close to where their live. These people often see that the need for the development is high but they believe it will be undesirable.

When did the term start?

According to Peter Kinder, director of Vermont Community College, NIMBY was used in the “context of the last major effort by electric utilities to construct nuclear-powered generating stations located in New Hampshire, and Michigan”.

In the 1980s the term was made popular by Nicholas Ridley, the Conservative Secretary of State for the Environment.

There have been other variations of the word including SOBBY meaning ‘Some Other Bugger’s Back Yard’ and NAMBI meaning ‘Not Against My Business or Industry’.

What is their attitude?

The opinions can be very contradicting.

For example, almost all citizens can get behind the development of a new prison if the current ones are overcrowded. However, no one actually wants to live next to a prison.

Their attitude can be very frustrating to local officials as their job is to improve community life.

What are the concerns of a NIMBY?

The concerns of a NIMBY may include loud noise, pollution, traffic congestion, increasing crime and loss of local character to the community.

What are real life examples of a NIMBY at work?

In 2010, Walmart proposed to renovate the site of a closed mall to opne one of their stores in Texas. Many citizens opposed the development due to their issues with Walmart’s employment practices.

Other concerns were the impact to local businesses, traffic flow and the increase of crime rates.

After four years of considering the NIMBY complaints, Walmart renovated the site however it was built on a smaller scale.

What is a YIMBY?

Opposite to NIMBY, YIMBY is a phase that means ‘Yes In My Backyard’. It is used to describe people that are for new developments in the community.

NIMBY: The growing acronym of ‘Not In My Backyard’