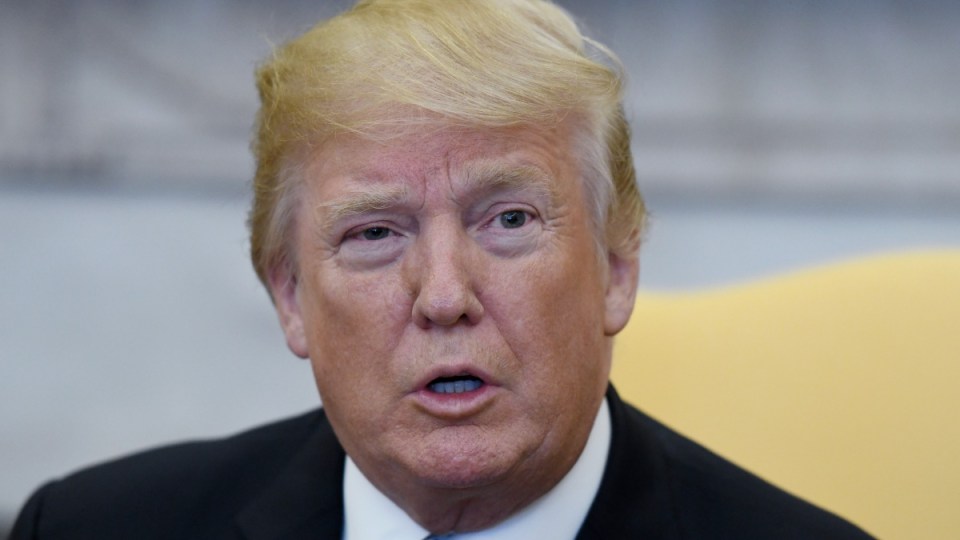 Donald Trump has crashed 222 places on the Forbes annual World’s Billionaires list, after his fortune fell by $US400 million ($511 million) since he became US President last year.

Forbes estimates Mr Trump’s worth collapsed from $US3.5 billion ($4.4 billion) to $US3.1 billion ($3.9 billion) this year, with the magazine saying it was partially due to a fall in New York property values and a dip in revenues at his golf courses.

The magazine states the business tycoon’s signature property, Trump Tower, fell in value by an estimated $US41 million ($52 million) last year, as a result of a rise in e-commerce.

It also said another of Mr Trump’s New York properties faces a challenge as its longtime tenant, Nike, plans to move on, leaving a 6000-square-metre void.

“I don’t know of any tenants that need that much space other than department stores,” Manhattan real estate broker Eric Anton told Forbes. “And I don’t think there are any expanding department stores.”

Despite Mr Trump’s previously inaccurate claims he was worth more than $10 billion, Forbes said he is still the richest president in US history.

He is listed as the 766th richest person in the world.

Mr Bezos’ rise knocks Microsoft founder Bill Gates, whose estimated wealth is $US90 billion ($115 billion) – up from $US86 billion ($109 billion) – into second place.

Mr Gates has headed the list for 18 of the past 24 years.

US investor Warren Buffett rounded out the top three with an estimated fortune of $US84 billion ($107 billion), while daughter of Walmart founder and chairman of Crystal Bridges Museum of American Art, Alice Walton – valued at $US46 billion ($58 billion) – was deemed the richest woman in the world.

She is also Australia’s third-largest cattle producer, with a portfolio of 23 properties across the country.