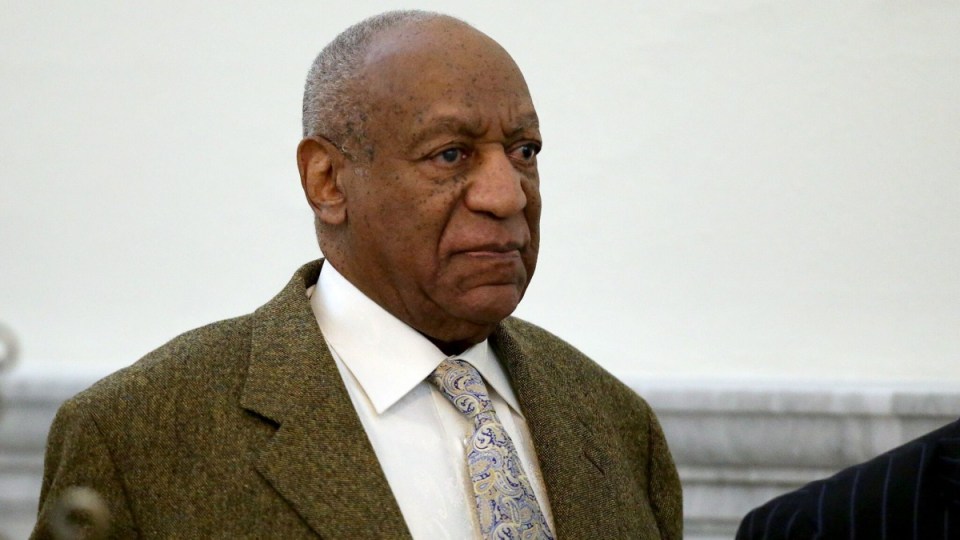 Bill Cosby's retrial will proceed as scheduled after a bid to throw out his sexual assault charges failed. Photo: Getty

A Pennsylvania judge has rejected a motion to dismiss sexual assault charges against comedian Bill Cosby, agreeing with the prosecution that it is the jury’s job to decide at his upcoming retrial if his accuser is credible.

Mr Cosby, 80, looked on during a pre-trial hearing on Monday as judge Steven O’Neill pushed back against defence arguments in the same court where the former television star’s first criminal trial in June ended in a mistrial when jurors failed to reach a unanimous verdict.

Mr Cosby is charged with drugging and assaulting Andrea Constand, a former administrator with the women’s basketball team at his alma mater, Temple University.

Defence lawyers questioned the credibility of Mr Cosby’s accuser because her co-worker had told prosecutors that Ms Constand said she could earn money by making a false sexual assault allegation against a famous person.

As a result, the defence argued that Mr Cosby could not get a fair retrial.

“You cannot let your witness get up there and say something that comes from the moon,” defence lawyer Kathleen Bliss told the judge. “We’re asking you to look at all the evidence.”

The judge rejected the motion, saying he had no legal obligation to act as a fact-finder and throw out a case if a witness failed a credibility test before Mr Cosby’s retrial, which begins with jury selection on March 29.

A key ruling expected from the ongoing pre-trial hearing in Norristown, Pennsylvania was whether the judge would allow testimony from 19 other women who have made similar accusations against him.

Best known for his television role as the wise and witty father in The Cosby Show, Mr Cosby has been accused of sexually assaulting more than 50 women over several decades. The Pennsylvania case is the only one in which he has faced criminal charges.

Mr Cosby has denied wrongdoing, saying that any sexual encounter was consensual.

Prosecutors are seeking permission to call the other accusers to the witness stand to show the jury a pattern of behaviour to lend credence to Ms Constand’s accusations, according to a court filing.

Before the first trial, prosecutors asked the judge to allow 13 of the 19 women to testify against Mr Cosby, but he allowed only one to do so because, in general, a defendant’s prior bad acts are not admissible as evidence that he or she committed a particular crime.

The judge also will consider a second motion to dismiss the case, based on a defence argument that the prosecution cannot prove Mr Cosby was in Philadelphia and met with Ms Constand between December 30, 2003 and January 20, 2004.

Prosecutors allege the assault occurred during that 22-day period, according to court documents.