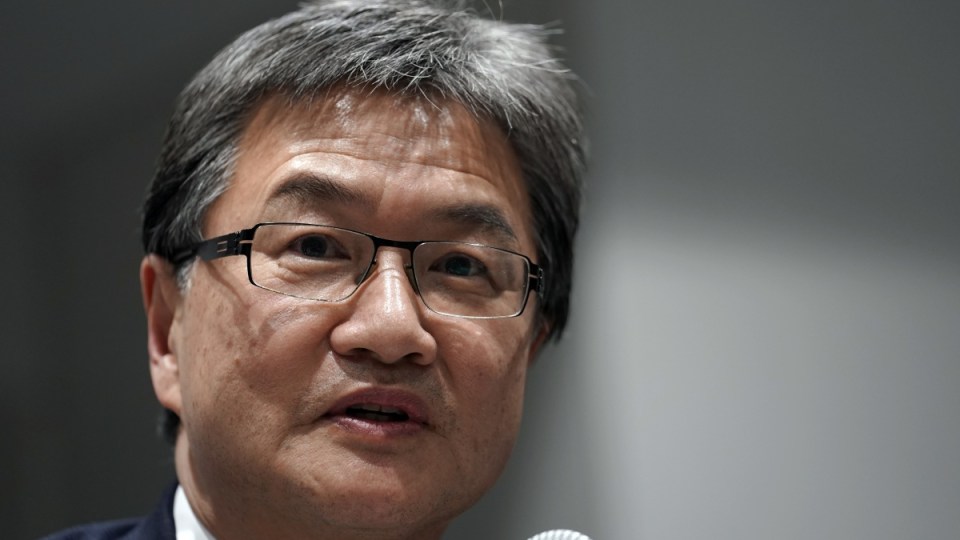 The US special envoy to Pyongyang has announced he plans to retire just hours after President Donald Trump again rejected talks to resolve the North Korean nuclear crisis unless conditions are met.

His departure on Friday leaves the State Department without a point person for North Korea policy at a time Pyongyang has signalled it may be willing to talk to the US after a period of diplomatic contacts with South Korea during the Winter Olympics.

Mr Yun’s authority to engage with North Korea appeared to be undercut by the tug-of-war between the White House and State Department over North Korea policy under Mr Trump.

Mr Yun told US media his retirement was a personal decision and that Secretary of State Rex Tillerson had tried to persuade him to stay.

“It is really my decision. The time, I thought, was right,” he told CBS News.

“There is a bit of a lull in activity and I thought it would be a good (time) to get out.”

Analysts called Mr Yun’s departure a big blow to attempts to use diplomacy to resolve the crisis over North Korea’s development of nuclear missiles capable of hitting the United States, which has raised fears of war.

Former deputy assistant secretary of defence for East Asia Abraham Denmark said on Twitter that Mr Yun’s departure was “a huge loss for the US government at a critical moment.”

CBS quoted Mr Yun as saying there were no policy differences “per se,” but officials he has dealt with in South Korea told the Reuters news agency he had appeared increasingly frustrated with conflicting views within the administration on how to deal with the crisis.

South Korea this week urged Washington and Pyongyang to give ground to allow for talks.

However, Mr Trump on Monday reiterated his willingness to talk, but only under the right conditions.