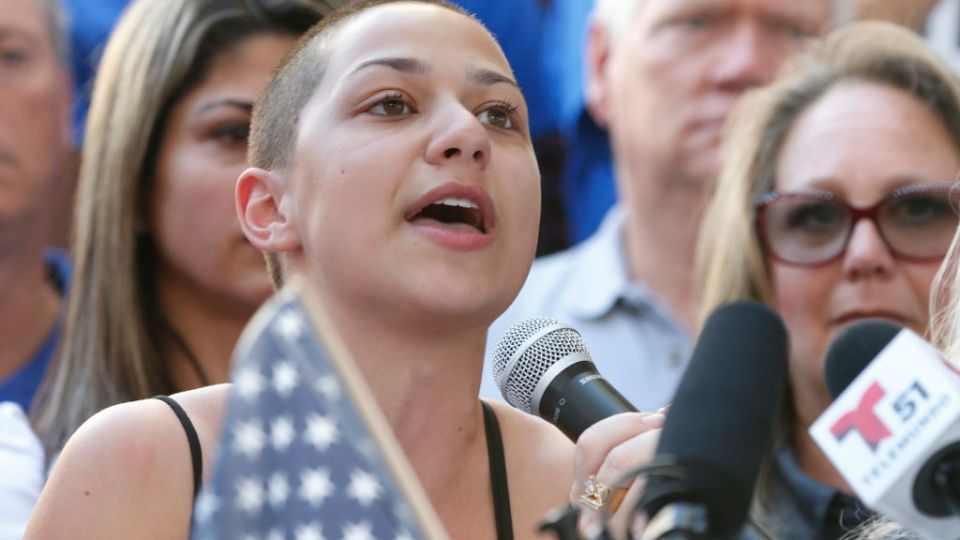 "We are going to change the law," Ms Gonzalez has promised. Photo: Getty

Emma González, the Florida shooting survivor who gained worldwide acclaim for ‘calling BS’ on the National Rifle Association (NRA), has overtaken the gun lobby on Twitter, as the anti-gun movement gains serious traction in the US.

The 18-year-old has been using her Twitter account to push for gun control ever since she lost 17 classmates and teachers in the massacre at Marjory Stoneman Douglas High School.

Twitter’s website reports her following at roughly 918,000 (as of Monday evening), compared with only 580,000 for the NRA, which has lobbied hard against gun reform in the US for decades. 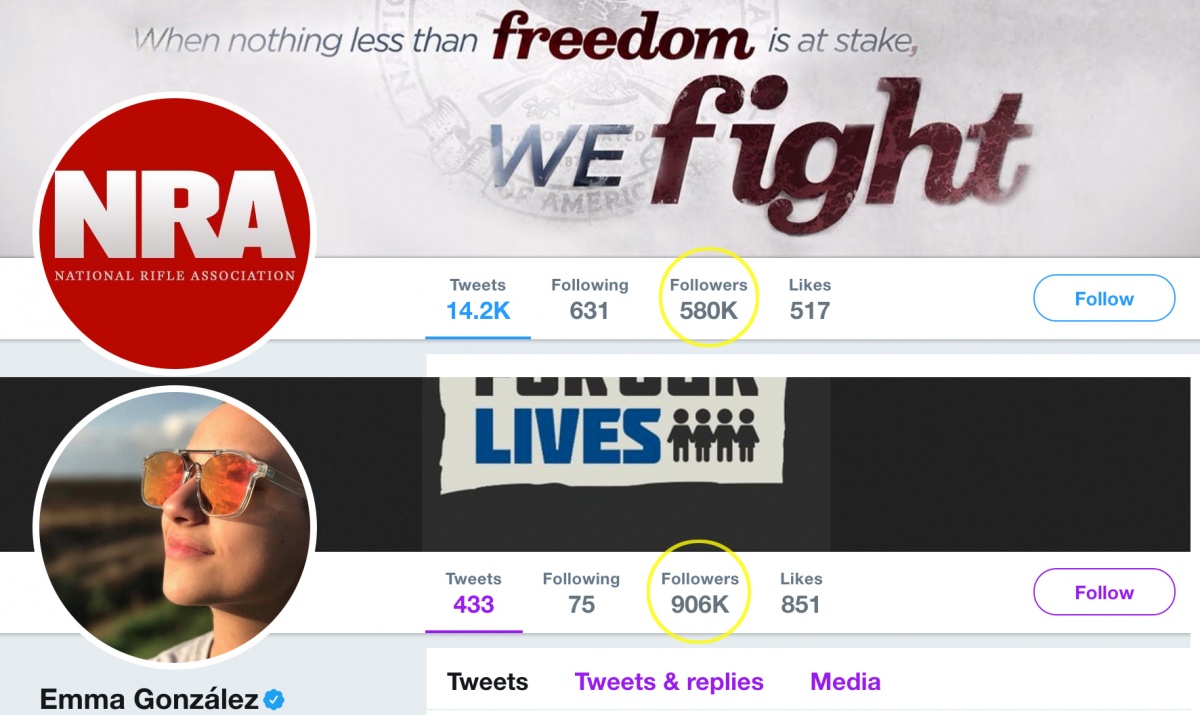 Ms González regularly posts and shares arguments for making it harder to purchase firearms, which are then reposted thousands of times, granting her a global platform in just two short weeks since the shooting.

She shot to fame after an emotive speech at a Florida rally soon after the tragedy, where she criticised both the NRA and President Donald Trump.

As of today, @Emma4Change now has more followers than the @NRA. It happened in less than two weeks.

This is a movement.
This is the future.
Change is now. pic.twitter.com/8yHSpq9Zac

“To every politician taking donations from the NRA, shame on you!” she thundered.

“If the President wants to come up to me and tell me to my face that it was a terrible tragedy and … how nothing is going to be done about it, I’m going to happily ask him how much money he received from the National Rifle Association.”

The movement led by Ms González and other teen survivors is gaining traction, with a series of corporations joining a boycott of the NRA.

On Monday, students and teachers returned to the school to gather belongings thrown down in the panic that ensued from the shooting.

Thousands of students joined their parents in walking past the three-storey building at the high school where the February 14 massacre took place.

It is now cordoned off by a chain-link fence that was covered with banners from other schools showing their support.

Seventeen people dressed as angels in white costumes stood by a makeshift memorial outside the school before moving near the entrance.

Organiser Terry Decarlo said the costumes are sent to mass shootings and disasters so the survivors “know angels are looking over them and protecting them”.

Many of Sunday’s angels were survivors of the 2016 Pulse nightclub shooting in Orlando where 49 people died, Mr Decarlo said.

The school reopens on Wednesday.

Broward County Sheriff Scott Israel has come under withering scrutiny after the revelation last week that deputy Scot Peterson, who was on the scene, did not go in to confront alleged gunman Nikolas Cruz during the attack. It is also facing backlash for apparently mishandling some of the 18 tip-off calls related to the suspected shooter.

The tips were among a series of what authorities now describe as the clearest missed warning signs that Mr Cruz, who had a history of disturbing behaviour, posed a serious threat.