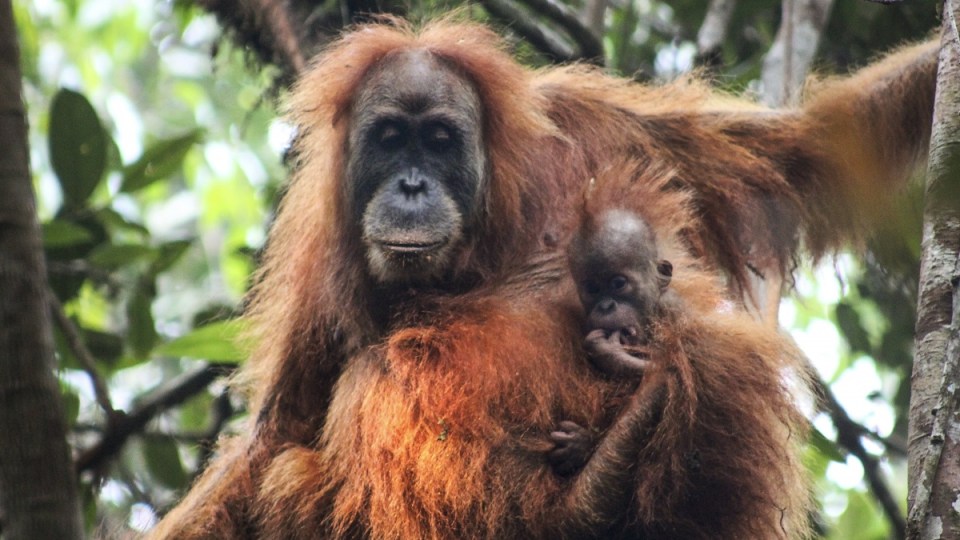 A new study shows changes in land cover have led to whole populations of orangutans being driven out. Photo: AAP

About half of the orangutans on the island of Borneo were either killed or removed between 1999 and 2015, according to new research.

“That’s a huge amount of loss,” said Professor Serge Wich from Liverpool John Moores University, a co-author of the study published on Friday in the journal Current Biology.

“It’s a higher amount than we thought, and that we were thinking based on previous studies,” Professor Wich said.

Maria Voigt from the Max Plank Institute for Evolutionary Anthropology is another co-author of the research, which pooled data from 38 international institutions.

“We used a very broad compilation of orangutan survey data to model their distribution and found that they had declined by more than 100,000 individuals,” Ms Voigt said.

“The study we’ve conducted took advantage of 16 years of survey data on orangutan locations in Borneo,” he said.

“On a large island like Borneo, it’s impossible to go to every single piece of forest.”

The team filled in the gaps by looking at maps of land-use changes and other threats that have an impact on orangutan populations.

They examined how those changes affected populations in areas where they had nest-survey data.

Then they used those results to extrapolate how the species was faring right across the island.

“We’ve used a lot of land-use layers, [and] threat layers, like human population density, to try to predict what the density is in the areas where we did not go,” Professor Wich said.

The data showed there were more orangutans on the island than was previously estimated, but also that a greater number were killed.

“In 1999, there were more orangutans than we thought,” Professor Wich said.

“But it also means we’ve lost much more than we thought — so it’s a bit of a double-edged sword in that way.”

The study showed changes in land cover led to whole populations of orangutans being driven out of some areas.

“You have the steepest loss in the habitat loss areas, where you have deforestation and conversion,” Ms Voigt said.

However, she said this only made up for about 10 per cent of the total number of orangutans lost.

In terms of raw numbers, more individuals were lost in the remaining forests and partially forested areas.

The researchers believe this has been driven mainly by hunting.

“This was a really important finding, as it supports previous research that killing and hunting is a huge problem, and it might even be the biggest driver during this period,” Ms Voigt said.

“Hunting is a widespread issue,” he said.

“We had not realised that the issue was this large though,” Professor Wich said.

Adjunct Professor Erik Meijaard from the University of Queensland and the Brunei-based conservation group Borneo Futures was another co-author of the study.

He said he had been trying to highlight the impact of hunting over the past decade, after learning many people in Borneo were still killing orangutans for food.

“Those people frequently told me how good and sweet orangutan meat was,” Dr Meijaard said.

“Our current study shows that we have collectively failed to address the most important threats, and therefore orangutan populations are plummeting on Borneo.”

Orangutan numbers in Borneo plummet by more than 100,000 in just 16 years