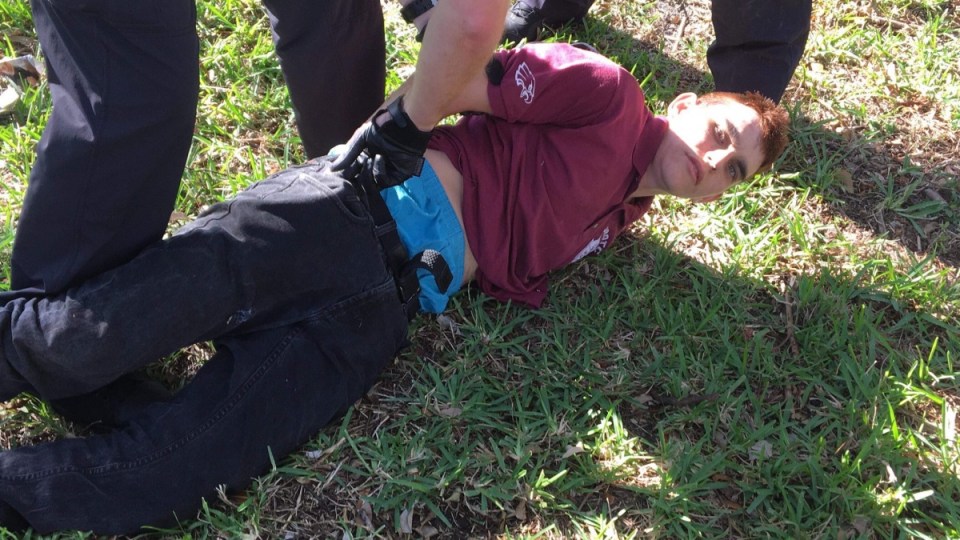 The FBI was warned of a possible threat posed by the teenager accused of a deadly shooting at a US high school as long ago as September, as a possible motive for the massacre has emerged.

Nikolas de Jesus Cruz, 19, is accused of opening fire on students and teachers at the Marjory Stoneman Douglas High School in Parkland, Florida, on Wednesday (US time), killing 17 people and leaving up to 50 injured.

Ben Bennight, a 36-year-old YouTube video blogger and bail bondsman, told CNN he noticed an alarming comment on a video he posted in September and immediately contacted the FBI.

“Im going to be a professional school shooter,” read the comment, left by a user with the name Nikolas Cruz.

CNN quoted an unnamed law enforcement official as saying Mr Bennight’s warning was one of at least two reports about Cruz received by the FBI.

Neither of the reports were shared with police, the official was quoted as saying.

He was also reportedly identified as a security threat by the school months before the attack.

When news broke that Marjory Stoneman was under siege, “honestly, all people were saying was that it was going to be him [Cruz]”,  one student told local network News4JAX.

“Everyone predicted it,” the student said.

Former classmate Joshua Charo, 16, told the Miami Herald: “All he would talk about is guns, knives and hunting”.

"Everyone predicted it," a student said about the #Parkland shooting. pic.twitter.com/mbzBIw8iUa

A family member who spoke to ABC News said Cruz was adopted as an infant by Roger and Lynda Cruz. Roger passed away in 2005 of a heart attack and Lynda died last year of the flu.

“I know he had his own problems, but I never thought he would be capable of this,” Fernando Santos, a friend of Cruz’s who interacted with him over Instagram, said.

“I did know he really did like guns a lot, but I didn’t think he would cause such tragedy.”

Helen Pasciolla, a neighbour from the Cruz family’s former Parkland neighborhood, told the New York Times that Cruz and his brother, Zachary, who are both adopted, had behavioural problems.

Cruz had at least two Instagram pages that showed a fixation with knives and guns. In 2016, he posted a photo of a shotgun advertisement, writing: “I plan on getting this.”

At school, Cruz reportedly complained often about bullying. He said “how tired he was of everyone picking on him and the staff doing nothing about it”, graduate Mike Watford told BuzzFeed News in 2016.

Because of his alleged issues, Cruz was banned last year from carrying a backpack on campus, according to Jim Gard, a former maths teacher at the school.

“There were problems with him last year threatening students, and I guess he was asked to leave campus,” he told the Miami Herald.

But Mr Gard, who taught Cruz in 2016, described him as “a quiet kid in class. I never had any problems with Nick”.

US President Donald Trump made no mention of guns when he spoke of the shooting in an address Friday morning (AEDT), instead calling for healing and peace.

In televised remarks from the White House, Mr Trump, who has an 11-year-old son, said he wanted to address America’s children with the message they are “never alone and you never will be”.

“You have people who care about you, who love you, and who will do anything at all to protect you,” he said.

Mr Trump said he would make school safety the top priority when he meets with governors and state attorneys general later this month.

The President  said he was making plans to meet with families in Parkland, Florida.