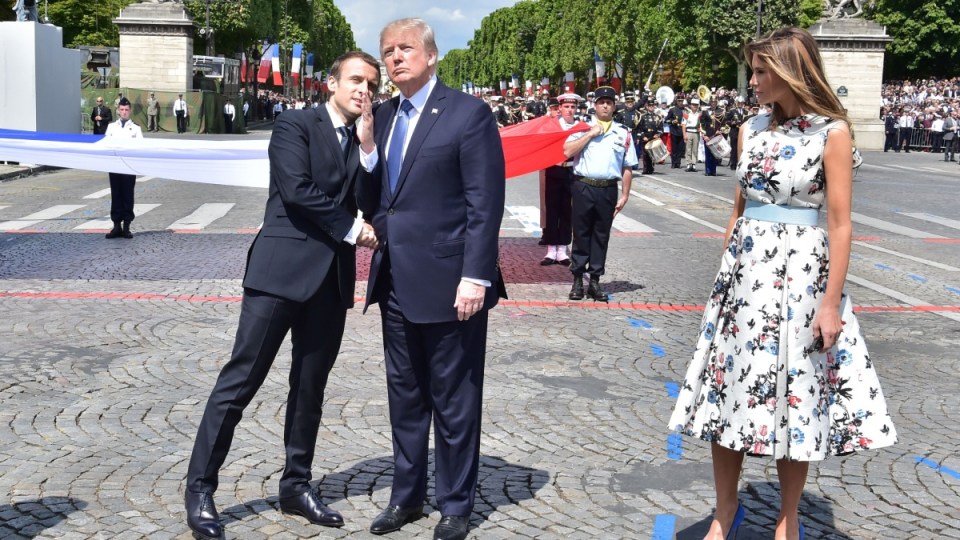 US President Donald Trump has ordered Pentagon and White House officials to begin planning a military parade in Washington similar to the Bastille Day parade he witnessed in Paris in July, the Washington Post reports.

At a meeting at the Pentagon on January 18 that included Defense Secretary Jim Mattis and Joint Chiefs of Staff Chairman General Joseph Dunford, Mr Trump said he wanted a military parade, the Post reported, citing a military official who spoke on condition of anonymity.

“The marching orders were: I want a parade like the one in France,” the military official said, according to the Post. “This is being worked at the highest levels of the military,” the official added.

After the story was published, the White House issued a statement that said Mr Trump “has asked the Department of Defense to explore a celebration at which all Americans can show their appreciation.”

A White House official, who spoke on condition of anonymity, said the parade planning was in the “brainstorming” stage and nothing had been decided, the Post reported.

Mr Trump has said he was impressed by the July 14 Bastille Day military parade on the Champs-Elysees. On that day French President Emmanuel Macron and the US president had a much publicised long hand shake, with neither prepared to be the first to let go.

Trumped: US president wants a military parade like Macron