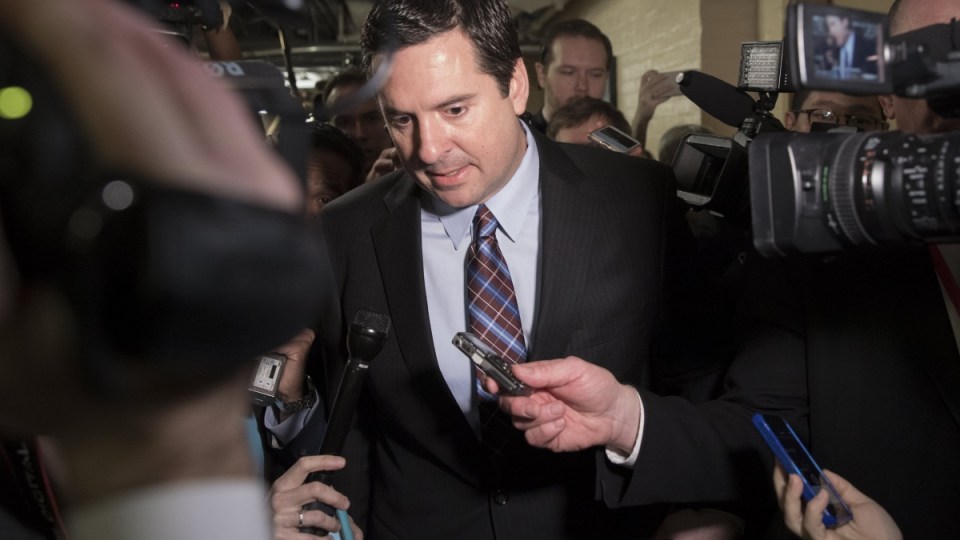 Trump ally Devin Nunes has stepped down as head of an investigation into Russia election tampering.

WHAT IS THE MEMO?

The four-page classified document was commissioned by Devin Nunes, the Republican chairman of the House of Representatives Intelligence Committee, and written by committee Republicans.

According to sources familiar with it, the memo accuses the FBI and Justice Department of misleading a judge last March as they sought to extend an eavesdropping warrant against Trump campaign adviser Carter Page, with numerous contacts in Russia.

It also accuses the agencies of failing to tell the judge that the warrant request was based on a salacious dossier of alleged Trump-Russia contacts compiled by former British spy Christopher Steele and partly financed by the Democratic National Committee.

WHY DOES IT MATTER?

Democrats say the memo could be used by Republicans to try to undermine the credibility of Special Counsel Robert Mueller’s investigation into possible collusion between Trump’s presidential campaign and Russia to help him win the 2016 election.

Mr Mueller’s investigation also is examining whether Mr Trump has committed obstruction of justice by trying to thwart the Russia probe that potentially threatens his year-old presidency.

Democrats say Mr Trump’s allies hope to use the memo to protect Trump, possibly giving the president, who fired FBI Director James Comey in May, an excuse to fire Deputy Attorney General Rod Rosenstein, who hired Mr Mueller, or even Mr Mueller himself.

WHAT ARE OTHER POSSIBLE CONSEQUENCES OF THE MEMO’S RELEASE?

The release could weaken long-standing cooperation between lawmakers and intelligence agencies, which have shared classified information with Congress with the understanding that it would never be made public.

The FBI said it had “grave concerns” about the accuracy of the Republican memo.

WHAT ROLE DOES THE INTELLIGENCE COMMITTEE PLAY?

The House intelligence committee is one of three congressional panels investigating Russia, Mr Trump and the 2016 US election, even as Mr Mueller pursues his criminal probe.

The dispute over the memo has deepened a bitter partisan divide on the committee, whose Democrats accuse Republicans of seeking to focus on the Steele dossier and Page surveillance to protect Mr Trump.

Republicans say they merely want to publicise wrongdoing. Committee Democrats wrote their own memo countering the Republican one, but committee Republicans voted to prevent its release.