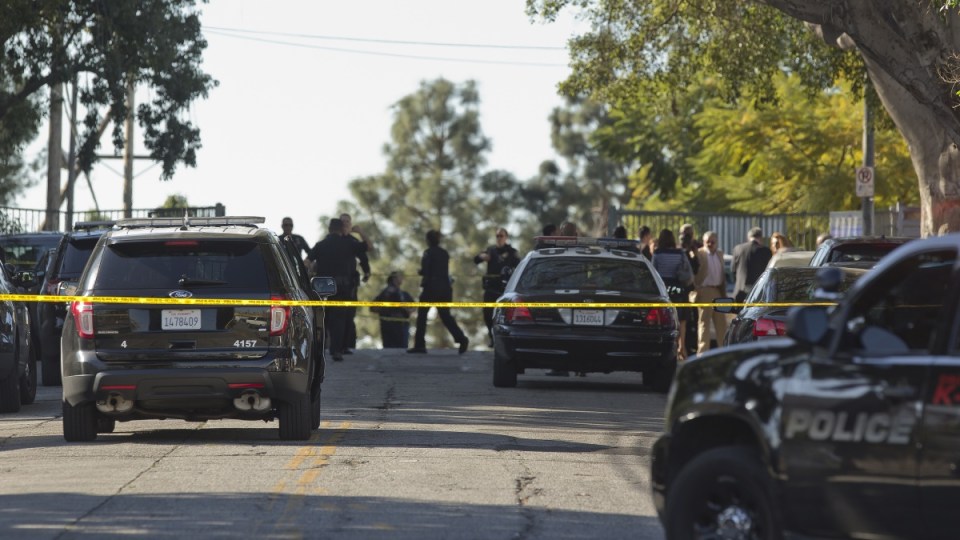 A school shooting in Los Angeles has left two students wounded, one critically, while a female student has been taken into police custody. Photo: AAP

Five students from a Los Angeles high school are recovering in hospital after a 12-year-old girl discharged a firearm on a school campus located in the city’s downtown district.

In the latest outbreak of school violence across the US, police said a 15-year-old student was shot in the head when a gun went off in an elective classroom full of students of varying ages.

A girl, 12, was charged with negligently discharging a firearm, Officer Tony Im of the Los Angeles Police Department said on Thursday.

Mayor Eric Garcetti told local KABC-TV at the scene that it was unclear if the shooting was accidental.

“We’re unclear whether a gun went off or if it was an intentional shooting,” Garcetti said.  “Luckily there are no fatalities or serious injuries.”

Two students were hit directly by gunfire and three other victims were hit by shrapnel, police said.

A 15-year-old boy was hit by gunfire in the left temple and was rushed to hospital, where he was alert and talking when he arrived, said Dr Carl Chudnofsky, head of emergency medicine at Los Angeles County-USC Medical Center.

He had no damage to “vital structures,” doctors said at a news conference, adding they were cautiously optimistic he would survive.

A 15-year-old girl was hit in the wrist and was in stable condition, Los Angeles Police Department spokeswoman Wendy Reyes said.

Authorities said they were trying to determine how the gun was brought on campus. The incident triggered a lockdown of the campus and a neighbouring high school.

Parents swarmed the area seeking to be re-united with their children.

Between 2000 and 2013, nearly 17 per cent of so-called 160 active shooter incidents in the United States were in elementary, middle or high schools, according to a Federal Bureau of Investigation report.