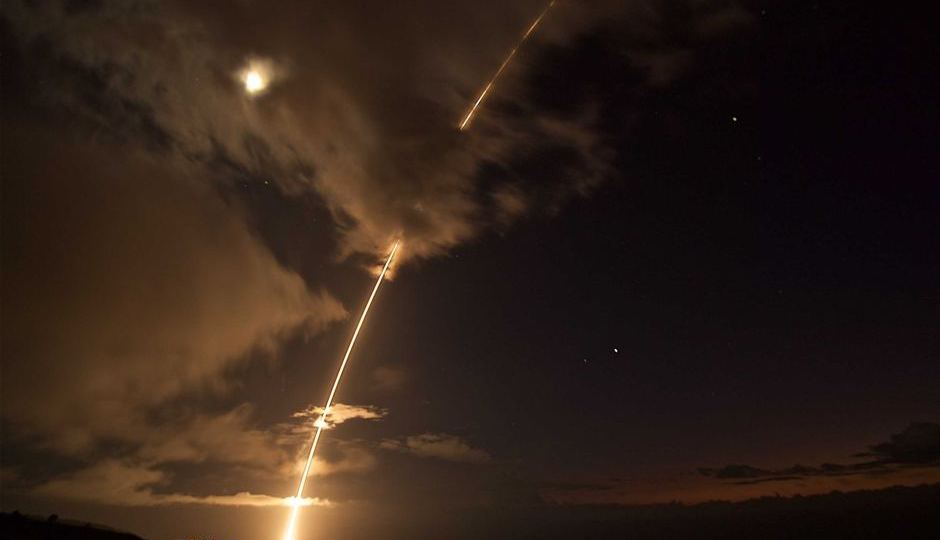 The US successfully shot down a medium-range ballistic missile in a test off Hawaii last year. Photo: US Department of Defence

The US military has carried out an unsuccessful test to shoot down an incoming dummy missile from Hawaii, a US official says, amid heightened concerns about North Korea’s nuclear program.

The official, speaking on the condition of anonymity, told the Associated Press an SM-3 Block IIA missle intercepter was launched at a test site in Hawaii on Wednesday (local time) but failed to hit its target.

The official said test data was being analysed to determine why the interceptor did not hit the target.

The Missile Defence Agency, which manages US missile defence systems, issued a statement saying the interceptor was launched from the Pacific Missile Range Facility at Kauai, Hawaii, but did not reveal the outcome.

An intercepting missile test for the missile last June also failed after a successful test in early 2017.

The increase in testing comes after North Korea ramped up its nuclear testing last year with six known missile launches – some of them over Japanese territory.

Hawaii has also been in a heightened state of tension after an emergency alert was mistakenly sent to residents warning of an imminent missile attack.

The interceptor is being developed in cooperation with Japan and is to be deployed on land as well as aboard ships.