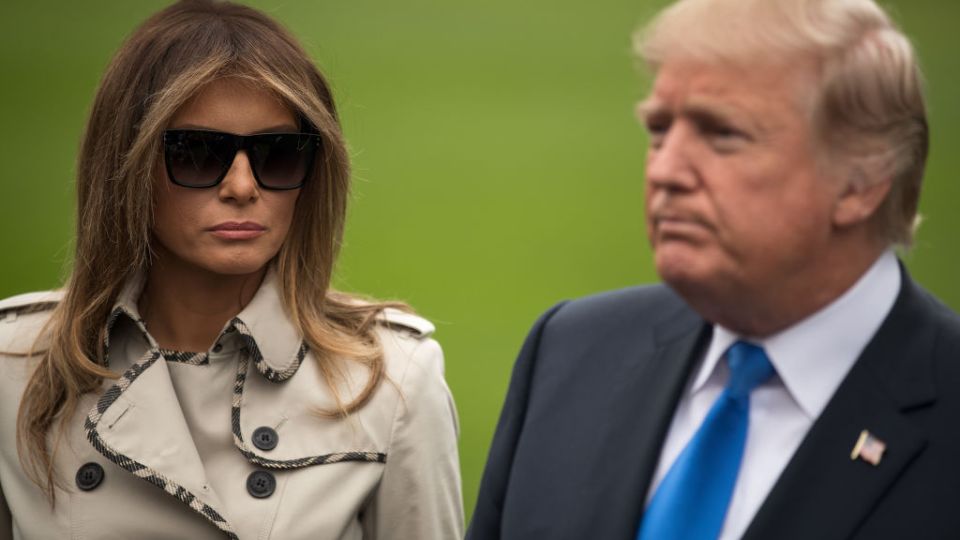 Melania Trump is expected to rejoin her husband's side for the first time since claims of his infidelities. Photo: Getty

When US President Donald Trump makes his much-anticipated first State of the Union address later Wednesday, many eyes will be on the first lady.

The State of the Union is typically the most high-profile appearance of the year for first ladies and the White House has tentatively confirmed Mrs Trump will join her husband for the address.

Instead of offering statements in support of her husband in the face of his infidelities in recent weeks, Mrs Trump made louder statements by canceling an overseas trip with the President and instead making solo visits to the Holocaust Memorial Museum and the Trump-owned Mar-a-Lago resort in Florida.

Her relative silence and lone travel came as a Wall Street Journal report claimed adult actress Stormy Daniels was paid US$130,000 ($161,000) shortly before the 2016 election to keep quiet about an affair she had with Mr Trump a decade earlier.

The affair allegedly took place soon after the Trumps were married and while Mrs Trump was pregnant with their son, Barron.

The reports of the affair and subsequent payoff “blindsided” the first lady, according to the New York Times, which reported she was “furious with her husband”.

Ms Haley, one of the leading female figures in Mr Trump’s cabinet, has blasted rumours she is having an affair with the President, describing the claims as “disgusting” and “highly offensive”.

While Mr Trump celebrated his first year in office on January 21, Mrs Trump marked the anniversary by tweeting a single photo of herself on Inauguration Day on the arm of a Marine and made no mention of her husband.

This has been a year filled with many wonderful moments. I’ve enjoyed the people I’ve been lucky enough to meet throughout our great country & the world! 🇺🇸 pic.twitter.com/MMRi72ENd0

White House watchers will be looking closely for a thaw in the Trumps’ relationship when the President makes his State of the Union address starting 1pm (AEDT).

Mr Trump is expected to take credit for US economic gains over the past year during the address.

White House aides have said Mr Trump would use the televised speech to tout the benefits of a tax overhaul.

The atmosphere in the House of Representatives chamber could be tense, however, as some Democratic women plan to attend wearing black in support of the #MeToo movement against sexual harassment.

Some Democrats are also expected to boycott the President’s address.

Mr Trump will also speak against a backdrop of headlines about Special Counsel Robert Mueller’s investigation into whether the Trump campaign colluded with Russia during the 2016 presidential election.