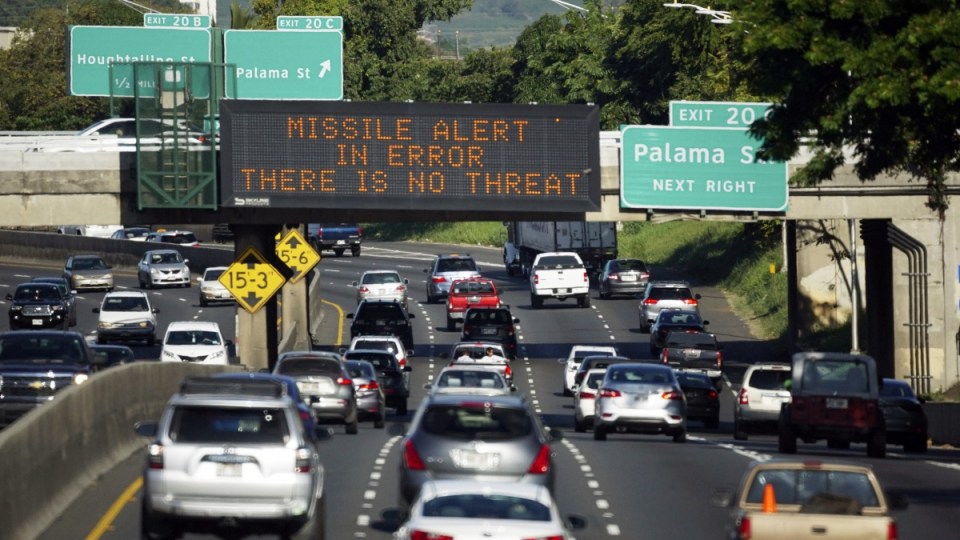 A mistakenly sent Hawaii missile alert that caused widespread panic and confusion has led to the resignation of the state’s emergency management leader and the firing of the worker who sent the false warning.

The employee who has been fired, mistakenly sent an emergency alert to mobile devices and TV and radio stations warning of an incoming missile strike on January 13. Regulators say he mistook a drill for the real thing.

General Logan said a second worker quit before disciplinary action was taken and another was being suspended without pay.

The drill recording did not follow the standard script for a practice and included the phrase: “This is not a drill.”

Other employees in the watch centre told the FCC they heard the “exercise” language, FCC lawyer James Wiley told Rueters.

The unscheduled drill used a recording mimicking a call from US Pacific Command.

A corrected alert was not sent to mobile devices for nearly 40 minutes because state workers had no prepared message for a false alarm.

The alert sparked a period of sheer panic that saw people hug their loved ones goodbye.

Others fell to their knees and prayed in the streets.

Mr Wiley said the FCC had been unable to interview the employee who issued the alert and was unable to “fully evaluate” the assertion the employee believed it was an actual attack.

The FCC said, “A combination of human error and inadequate safeguards contributed to the transmission of this false alert”.

It said Hawaii’s, “lack of preparation for how to respond to this transmission of a false alert” was largely responsible for the 38-minute delay in correcting it and questioned the large number of drills conducted in recent months, as well as why the system software did not differentiate between drills and actual alerts.

“There were no procedures in place to prevent a single person from mistakenly sending a missile alert,” Mr Wiley said.

“We want to minimise both the chances of future false alerts being issued, as well as the impact of any such false alerts,” FCC chairman Ajit Pai said.

Labor victory fires up Tamil family’s hopes of return to their Biloela home
Analyst: Sharemarket will be anxious about a Labor pact with Greens
French foreign minister hails defeat of Morrison and his ‘notorious incompetence’
Tiger Woods quits PGA tournament after the worst round of his career
COVID claims 18 more lives as nationwide daily cases soar above 35,000
Volodymyr Zelensky: How war will end as Ukraine ‘breaks backbone’ of Russian army
Quiksilver boss Pierre Agnes missing at sea
Today's Stories