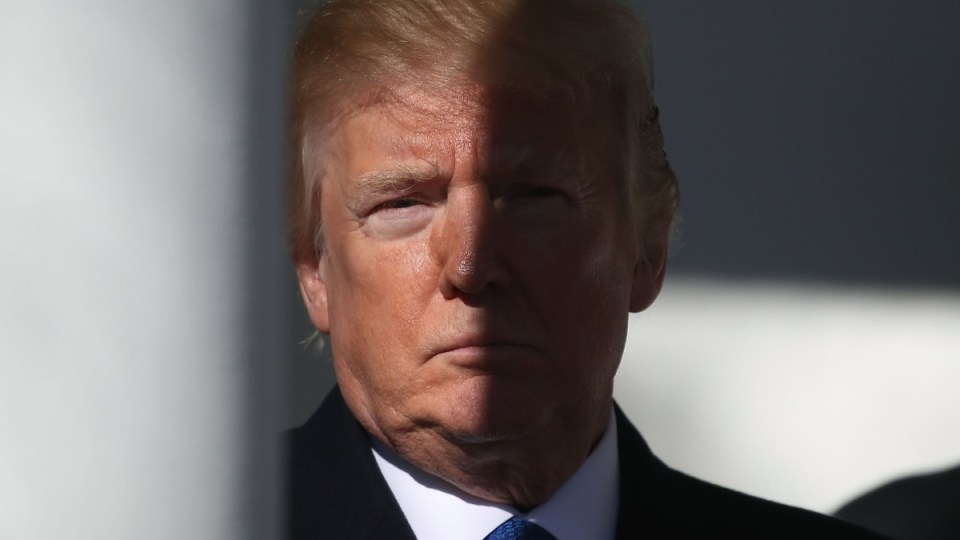 Donald Trump has used his first State of the Union speech to embarrass the “depraved” North Korean regime, paying tribute to a defector who dramatically escaped the repressive hermit kingdom.

In a fiercely nationalistic speech that mixed tough talk on immigration and foreign policy with calls for unity and a positive tone on the economy, the US President promised to create new era of prosperity for all Americans.

“This, in fact, is our new American moment,” Mr Trump said. “There has never been a better time to start living the American dream.”

Hinting at a new arms race, he also vowed to rebuild the military to protect the US from “horrible dangers”, which, alongside rogue regimes and terrorist groups, included “rivals” China and Russia who “challenge our interests, our economy and our values”.

“In confronting these horrible dangers, we know that weakness is the surest path to conflict and unmatched power is the surest means to our true and great defence,” Mr Trump said.

After months of tit-for-tat with North Korean leader Kim Jong-un, Mr Trump upped the ante by inviting the parents of Otto Warmbier, the American student who died after being imprisoned by North Korea, and a defector who escaped the regime’s clutches, as official guests.

The President told how as a starving child, Ji Seong-ho lost his legs after passing out on train tracks, was later tortured by the North Korean regime, before travelling “thousands of miles on crutches through South-East Asia to freedom”.

“Today, he has a new leg, but Sung Ho, I understand you still keep those old crutches as a reminder of how far you’ve come,” Mr Trump said. As Mr Ji rose to his feet, he raised his crutch into the air triumphantly.

The guests invited by the White House formed the key device of the 90-minute speech, with the President using their tales of bravery and tragedy to highlight his policy achievements and goals.

The “state of our union” was strong “because our people are strong”, Mr Trump said.

Responding to the speech, Democrats scoffed at Mr Trump’s calls for unity, with the party’s Senate Leader Chuck Schumer arguing he had “stoked the fires of division” while House Leader Nancy Pelosi accused the President of “a self-congratulatory speech” that lacked vision.

After a long and divisive year, many Americans were yearning for the President to present a unifying vision for the country. Unfortunately, his #SOTU address stoked the fires of division instead of bringing us closer together. #AYearOfTrump

Tax cuts and the economy

He sounded a positive tone on the economy, noting the buoyant the US stock market and spruiking one of his biggest legislative wins, the Republicans’ recently passed tax package, which slashed the corporate level to 21 per cent and personal rates across the board.

The Democrats, who mostly opposed the tax plan, have argued the package have labelled it a tax giveaway for the super rich.

But Mr Trump claimed the American economy was already responding to the package, noting new investment from companies such as Apple and Exxon Mobil, where Rex Tillerson was chief executive before becoming US Secretary of State.

He eschewed talk of climate change or global warming, instead noting his administration had “ended the war” on “beautiful, clean coal”.

And while the President praised the bravery of those who scrambled to protect civilians caught up in last year’s Las Vegas shooting, in which 58 were killed, he made no mention of gun reform.

When he turned to immigration, Mr Trump recalled the aggressive sentiments that have become of a feature of his presidency, claiming “open borders have allowed drugs and gangs to pour into our most vulnerable communities”.

“Most tragically, they have caused the loss of many innocent lives,” he said.

As Democrats groaned, Mr Trump introduced the parents of two children who were murdered by alleged members of the MS-13 gang.

“Many of these gang members took advantage of glaring loopholes in our laws to enter the country as illegal, unaccompanied, alien minors and wound up in Kayla and Nisa’s high school,” he said.

In recent weeks, the President has been dealing with a congressional stalemate over immigration as Democrats argue for new laws to protect undocumented immigrants and Republicans call for tougher immigrations measures, including funding for the border wall.

Amid the deadlock, Mr Trump sought to curtail the mood of partisanship that has besieged America and which critics say has been greatly exacerbated by his own words and actions.

“Tonight, I call upon all of us to set aside our differences, to seek out common ground and to summon the unity we need to deliver for the people,” Mr Trump said.

There were also moments clearly designed to appeal to Mr Trump’s base of rural Americans and evangelical Christians.

Mr Trump, who pointedly noted the “motto is ‘in God we trust'”, vowed to address the opioid crisis that has ravaged America and that was a key plank of his election campaign.

At least 11 Democrats also boycotted the President’s speech, an unusually high number at this time in the political cycle.

Coast Guard petty officer Ashlee Leppert “was aboard one of the first helicopters on the scene in Houston during the Hurricane Harvey,” Mr Trump said.

Firefighter David Dahlberg “faced down walls of flame to rescue almost 60 children trapped at a California summer camp threatened by those devastating wildfires”.

Steve Staub and Sandy Keplinger, the owners of a small business in Ohio who have benefited from the Republicans’ tax plan. And their employee Cory Adams.

Preston Sharp, a 12-year-old boy from Redding, California, who started a campaign to ensure veterans’ graves were marked with Americans flags.

Albuquerque policeman Ryan Olets, 27, who, along with this wife, offered to adopt the child of a woman who was addicted to heroin but wanted a safe home for her baby.

In a bid to highlight the plight of the so-called ‘DREAMERS’, Democrats invited a group of undocumented immigrants who are facing deportation if Congress does not reach a deal to guarantee their futures in America.

Fred and Cindy Warmbier, parents of Otto Warmbier, the American student who died after he was imprisoned while on a trip to North Korea, and North Korean defector Ji Seong-ho, who escaped the regime on crutches.