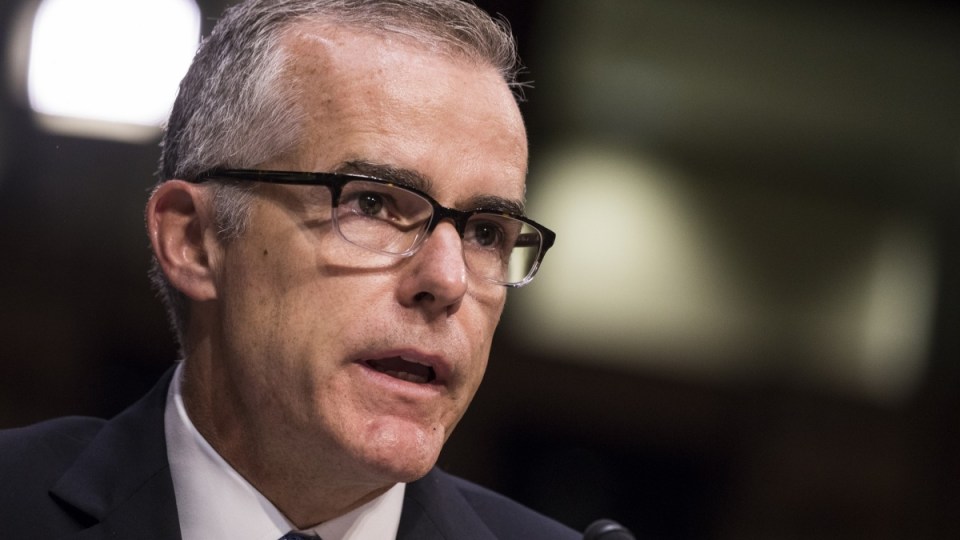 FBI deputy director Andrew McCabe has resigned from his position with the agency amid a bitter row with US President Donald Trump.

Mr McCabe, who has been a frequent target of the President’s criticism of the FBI in recent months stepped down Monday local time ahead of a previously planned retirement later this year.

Mr McCabe, 49, earlier indicated he would step down from his role in December when he reached his eligibility date to retire, but according to the AP he will take “terminal leave”.

He will remain on the FBI payroll until mid-March when he is eligible to receive full benefits.

Mr McCabe reportedly told FBI staff of his decision earlier Monday time. He is expected to retire with his pension benefits.

Mr Trump did not respond to a reporter’s question at the White House about Mr McCabe’s departure.

White House spokesperson Sarah Huckabee Sanders would only refer any questions about the reported resignation to the FBI when queried at a scheduled press briefing Tuesday morning (AEDT).

“The President wasn’t part of this decision-making process,” she told reporters.

The New York Times reported that Mr McCabe told friends that he felt pressure from the director of the bureau, Christopher Wray, to step down.

The move follows repeated attacks from Republicans over Mr McCabe’s perceived partisanship and bias since the firing FBI Director James Comey last May.

Earlier this month, the Washington Post reported that when Mr Trump fired Mr Comey, he met with Mr McCabe in the Oval Office and asked the FBI’s second in command who he had voted in the presidential election.

Since then, Mr McCabe has been at the centre of the political jockeying surrounding the Russian investigation into possible involvment between Trump associates and the Kremlin in interfering with the 2016 election.

According to the AP, Mr Trump’s tirade against Mr McCabe began when it was revealed that his wife had accepted campaign contributions from the political action committee of Virginia Governor Terry McAuliffe – a close Clinton ally – during a failed state Senate run in 2015.