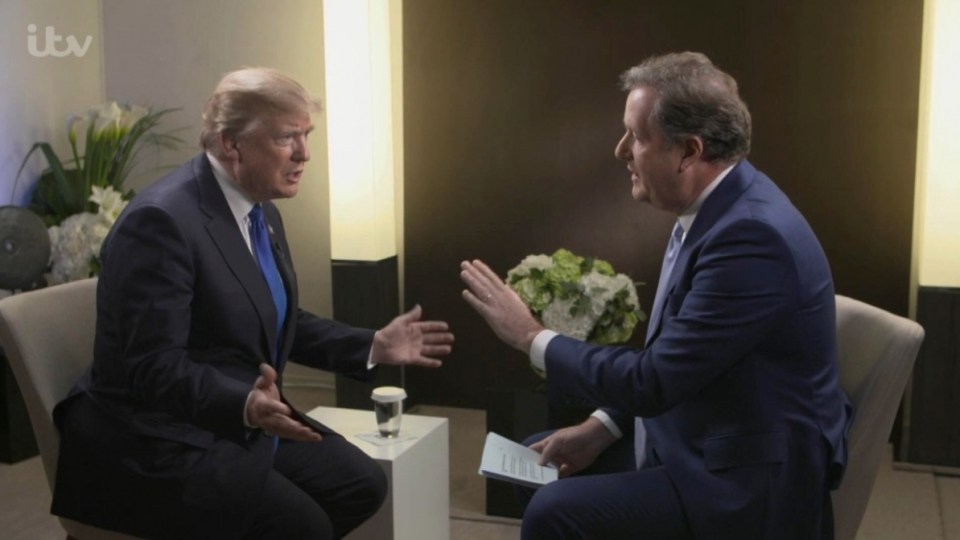 Donald Trump has repeated claims that he is a "stable genius" during a UK television interview. Photo: Twitter

US President Donald Trump has repeated his assertion that he is a stable genius, insists he eats good quality food, and confirms he tweets in bed.

In an wide-ranging interview with journalist Piers Morgan for Britain’s ITV on Sunday, Mr Trump spoke about his health and some perceptions that he was insane and physically unfit.

“I am a stable genius,” Mr Trump said.

“I eat fine food, really from some of the finest chefs in the world, I eat healthy food, I also have some of that food on occasion… I think I eat actually quite well.”

During the interview, Mr Trump said using social media was a way to defend himself in the “fake news” era and that he sometimes tweets from bed.

Mr Trump also said he’d be open to revisiting his pledge to withdraw from the Paris climate accord, if the deal could be substantially revised.

“If somebody said, go back into the Paris accord, it would have to be a completely different deal because we had a horrible deal,” he said.

“Would I go back in? Yeah, I’d go back in. I like, as you know, I like Emmanuel (Macron). I would love to, but it’s got to be a good deal for the United States.”

Mr Trump said the climate has been cooling as well as warming, asserting the polar ice caps have been been melting.

Mr Trump said he expects to make two visits to Britain this year, a state visit that will probably involve a meeting with the Queen and a less formal working visit.

But a third appearance, for the royal wedding of Prince Harry and American actress Meghan Markle in May, is not in the cards: Trump is yet to receive an invitation from the prince or from Meghan, who has outspokenly criticised Trump as a divisive figure with misogynistic attitudes.

Mr Trump told Morgan that he expected to come to Britain for a full state visit in October, taking up an invitation from Prime Minister Theresa May.

Opposition politicians have lined up to criticise granting such an honour to a leader they consider exclusionary, dishonest, and unworthy, and anti-Trump groups have promised to greet his visit with massive street protests.

Mr Trump insisted that Britain was brimming with love for him, while at the same time saying he doesn’t care what those who don’t like him think.

The interview comes as Mr Trump urged his followers to inform rapper Jay-Z that “because of my policies”, unemployment among black Americans is at the “lowest rate ever recorded”.

Somebody please inform Jay-Z that because of my policies, Black Unemployment has just been reported to be at the LOWEST RATE EVER RECORDED!

The president’s tweet on Sunday appeared to be in response to a CNN interview in which the rapper said the president’s vulgar comments about African countries and Haiti were “disappointing” and “hurtful”.

Jay-Z said on the debut episode of The Van Jones Show on Saturday that lower unemployment among blacks doesn’t make up for the president’s attitude.

Jay-Z says, “It’s not about money at the end of the day,” and it “doesn’t equate to happiness”.

The black unemployment rate of 6.8 per cent is the lowest on record and has reached levels not seen since the end of President Bill Clinton’s administration.

Labor victory fires up Tamil family’s hopes of return to their Biloela home
Analyst: Sharemarket will be anxious about a Labor pact with Greens
French foreign minister hails defeat of Morrison and his ‘notorious incompetence’
Tiger Woods quits PGA tournament after the worst round of his career
COVID claims 18 more lives as nationwide daily cases soar above 35,000
Volodymyr Zelensky: How war will end as Ukraine ‘breaks backbone’ of Russian army
US farmers say TPP gives Australian producers an advantage
Today's Stories