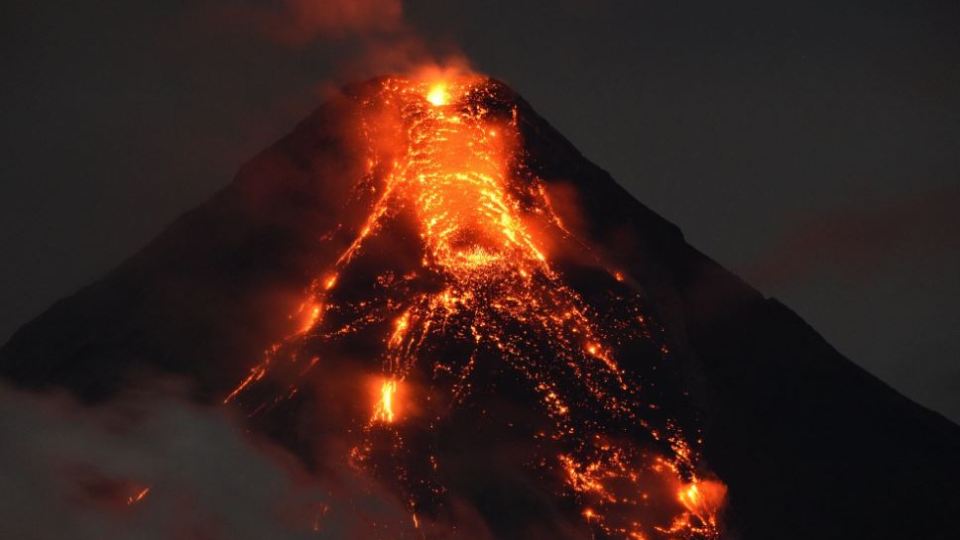 Like a vision of hell on earth, cascades of lava pour down Mount Mayon's nighttime slopes.

Heavy rains that have lashed the Philippines’ erupting Mount Mayon volcano are threatening to trigger deadly mudflows as debris and sediment deposited on its slopes is washed toward villages at its base.

And that is only the most immediate threat.

Seismologists monitoring the volcano, which has been spewing ash and smoke for more than two weeks, say a build-up of magma is producing a noticeable bulge in the slopes, raising fears of a violent explosion.

The volcano, in Albay province some 330 kilometres south of the capital Manila, has been active since January 13, forcing more than 75,000 people to flee their homes. 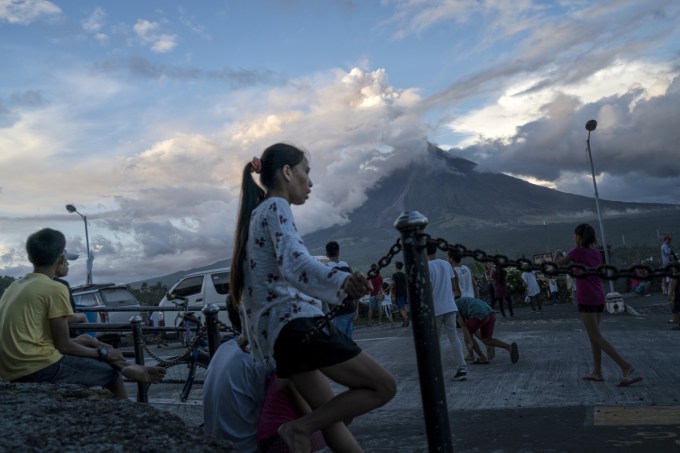 Visitors flock to a viewing area in Albay province to watch the eruption of Mt Mayon. Photo: Getty 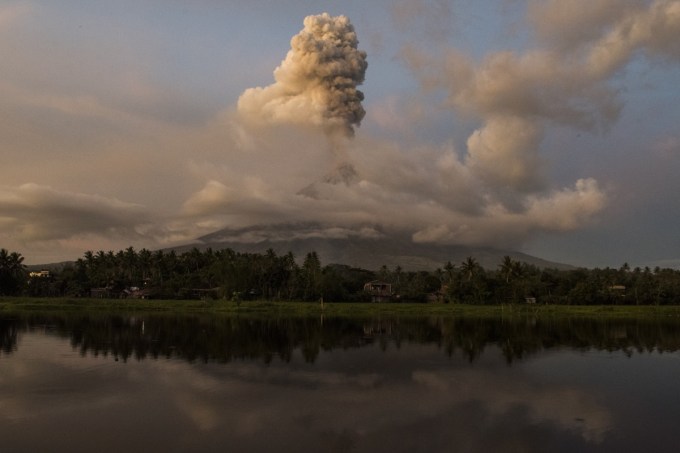 Tens of thousands of residents have been evacuated from the surrounding areas. Photo: Getty 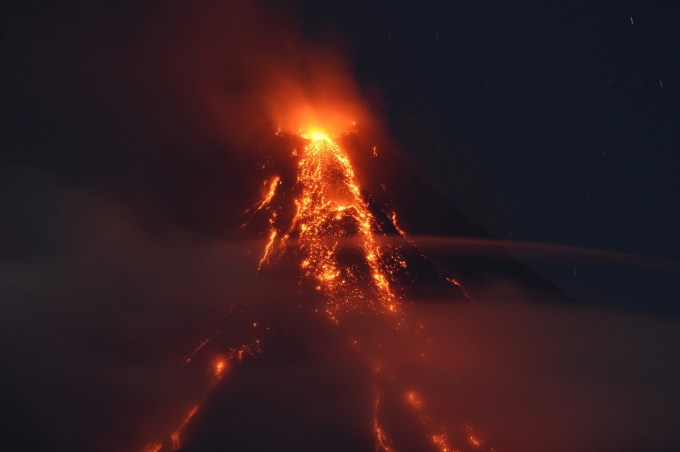 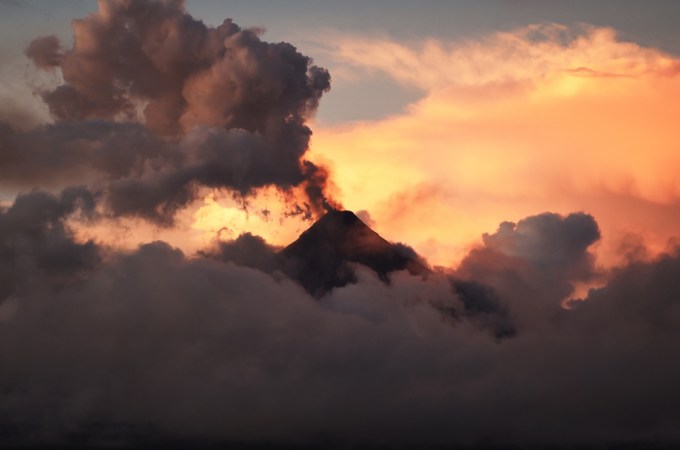 Authorities have imposed a no-go zone around the volcano. Photo: Getty 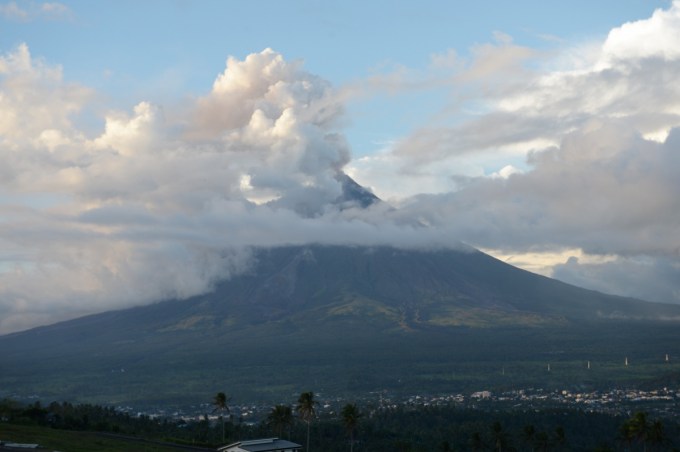 In 2006, 1300 people were killed in mudslides when a typhoon struck after the volcano erupted. Photo: Getty 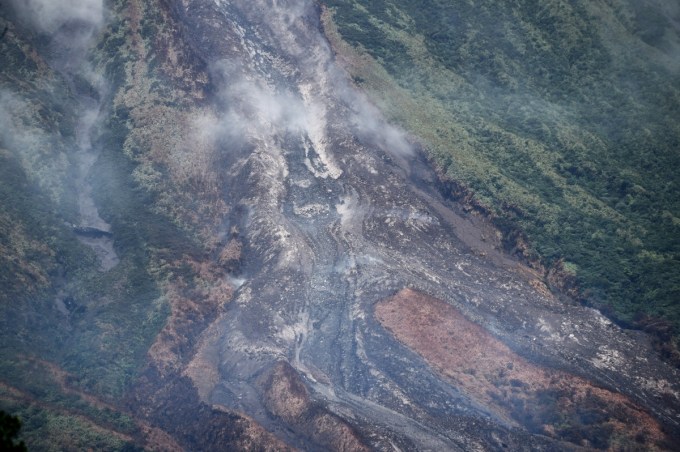 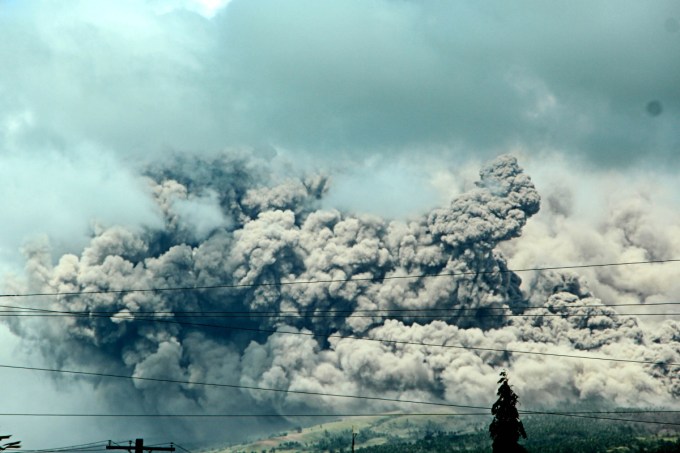 Ash clouds extend several kilometres from the mouth of the volcano. Photo: Getty 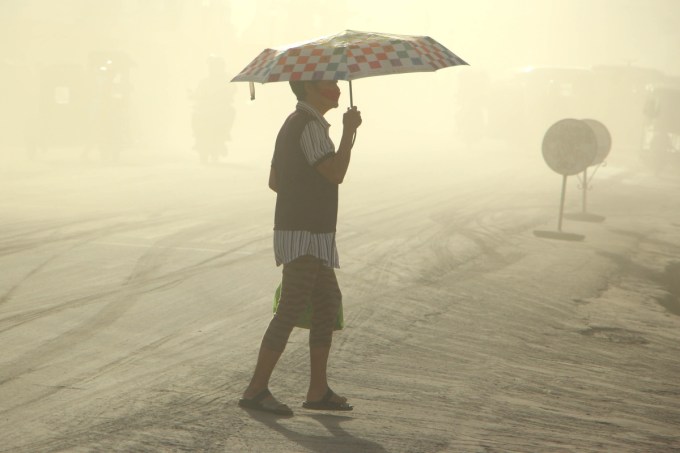 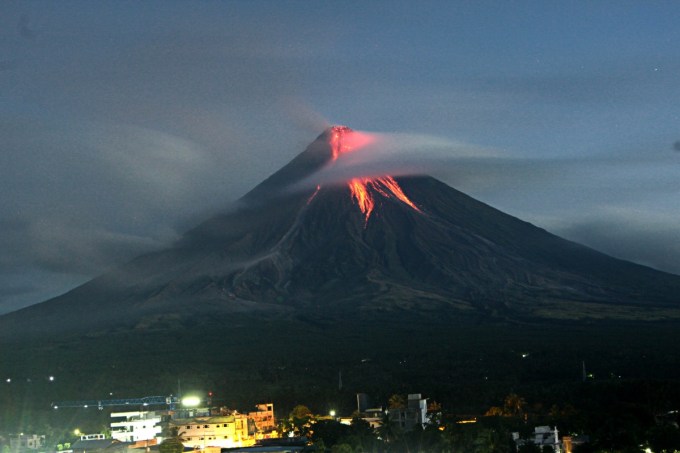 The volcano has been active since January 13. Photo: Getty 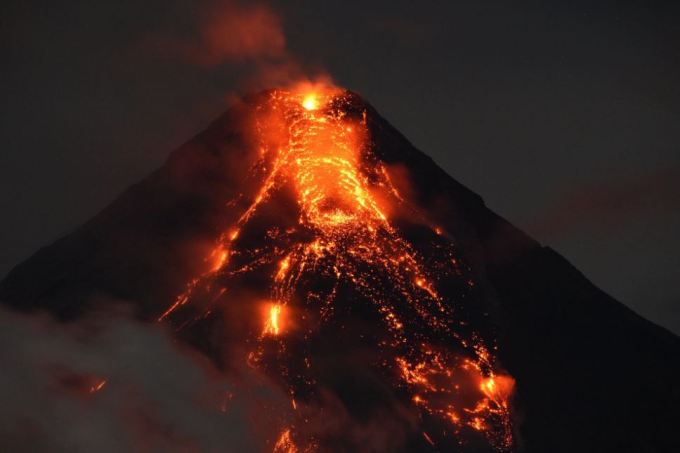 Like a vision of hell on earth, cascades of lava pour down Mount Mayon's nighttime slopes. 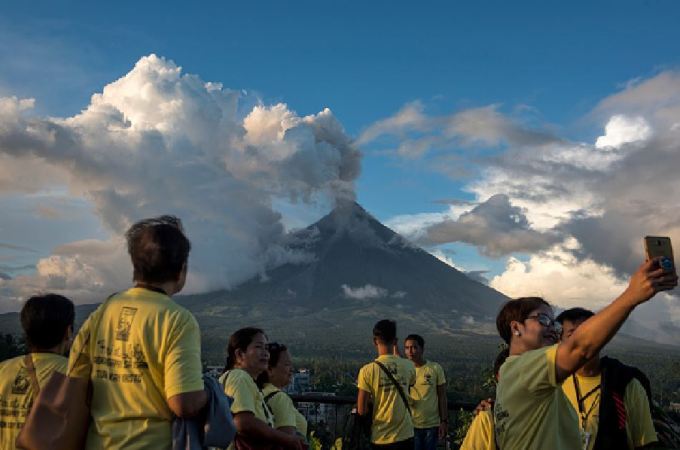 The ongoing eruption has seen tens of thousands evacuated, but not even nature's fury can foil a selfie. Photo: Getty 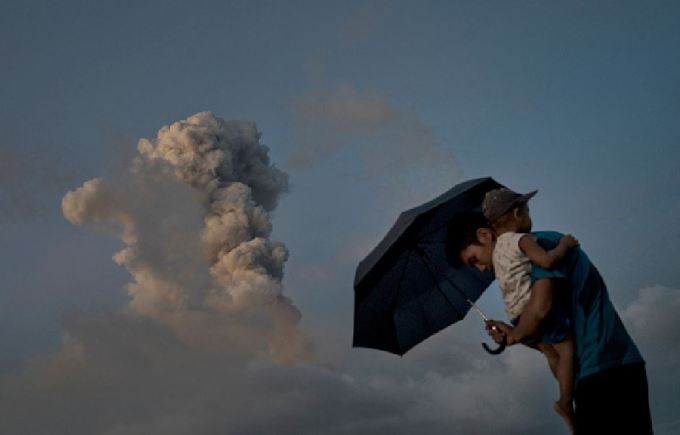 The eruption has deposited millions of cubic metres of thick pyroclastic materials and ash on watershed areas and slopes, according to the Philippine Institute of Volcanology and Seismology (Phivolcs).

“These deposits can be re-mobilised by rainwater and generate lahars (mud flows) by themselves,” Phivolcs warned in an advisory issued on Saturday.

“We have fresh deposits on the slope, and with the rain it’s really a dangerous combination for the communities,” said Mariton Bornas, chief of the institute’s volcano monitoring and eruption prediction division.

“Lahar from Mayon can carry huge boulders,” she added.

“It’s very dangerous not only because it can bury communities, wash away people and everything in its path, but also because of impact.”

The last major disaster related to Mayon came in 2006, when a typhoon battered the province after the volcano erupted, triggering mudflows that killed 1300 people. Of those who perished, roughly half were buried by the torrents of mud and their bodies were never found

“It’s a real threat, so we are urging everyone to prepare and evacuate when told by authorities,” Ms Bornas said.

The last deadly eruption was in May 2013 when five hikers were killed and seven people injured.