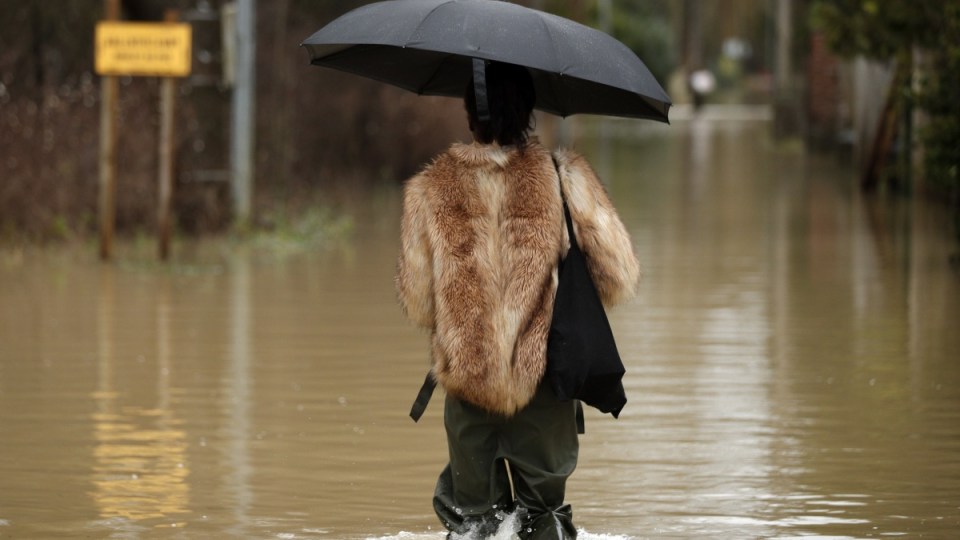 A woman walks in the middle of a flooded street by the waters of the Grand Morin in Esbly, east of Paris. Photo: AAP

Parisians have been told to avoid the river Seine after it burst its banks, prompting the evacuation of hundreds of people, as power blackouts and building closures plague the popular tourist city.

Paris and other areas of France have seen double the normal rainfall over the last month, causing chaos around the country and particularly along the banks of the Seine, which is predicted to reach levels up to five metres above its typical height.

Nearly 400 people had to be rescued from rising flood water in and around Paris on Thursday, according to local police.

The evacuation operation focused on the Val-de-Marne district, south of the capital.

The rising waters also affected the city centre, where the Seine burst its banks and blocked access to tourist sites and disrupted public transport, prompting the closure of seven metro stations along the river until the end of the month.

The Arc de Triomphe was closed on Wednesday due to safety concerns, while the Louvre announced it would close its lower level until January 28.

About 1000 customers were also without power in the region thanks to the flooding.

France’s capital saw an increase in rodent activity after the rising waters flushed rats out of sewers around the city, with videos captured outside the Notre Dame cathedral showing packs of rats scampering across streets.

Rats scamper outside the Notre Dame cathedral in Paris as flooding, caused by the River Seine, forces the rodents out onto the streets. https://t.co/ZhTgYho9Tv pic.twitter.com/CpzzoQs0Se

The flooding is expected to reach its high mark of between 5.8 and 6.2 metres on Saturday – a similar level to flooding that hit the city in 2016 and forced the closure of several monuments, including the Louvre.

Paris has seen more than 183 millimetres of rainfall since December 1.

While the Seine’s water levels are currently well above average, they’re still a far cry from the Great Flood of 1910, during which the water level rose eight metres above the ordinary level.

Paris on high alert as rising Seine waters cause evacuations