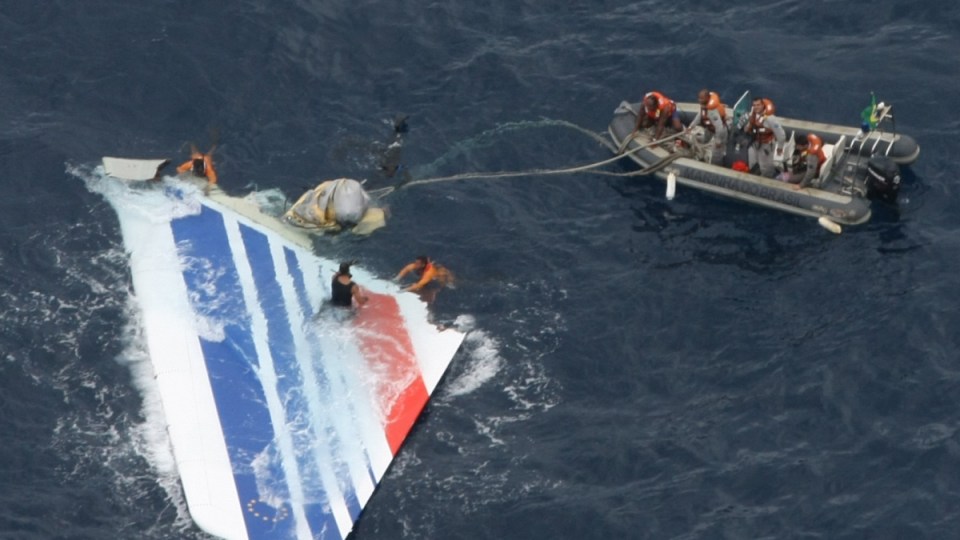 The wreck of missing Malaysian Airlines flight MH370 — if it is found — could be preserved “like a time capsule” because of the depth, stillness and temperature of waters in the southern Indian Ocean.

The man who co-led the search for Air France 447 — which crashed in the Atlantic Ocean in 2009 — says if MH370 is at or near the bottom of the sea, the wreckage and indeed bodies could be largely preserved, and still give investigators vital clues as to why the plane disappeared so far off course.

“It can be a very quiet place with very little oxygen,” US oceanographer David Gallo said.

“At the surface it’s not the same thing, so the deep ocean can be like a time capsule that preserves everything.”

The Air France plane was in water nearly four kilometres deep for nearly two years before searchers finally found it and retrieved the flight data recorder and cockpit voice recorder.

Both recorders were still in good enough condition to shed light on the plane’s final minutes, despite having been immersed at such depth for so long.

“Even if water gets in there they have ways of getting bits of information off,” Dr Gallo said.

“Now in this case [MH370] it’s a bit different, because the plane was flying for some seven hours, and I don’t know what kind of information would be left on the black box. It keeps rewriting itself.

“I think the voice cockpit recorder … records over itself after two hours.”

Australian oceanographers say the Indian Ocean in the area of the current search for MH370 — which began on Monday — includes several volcanoes and ridges, and drops to around 5km in depth.

“That’s an incredible amount of pressure for them to withstand. But they may well have done it.”

But even finding the black boxes at all could prove impossible, given they are housed in the tail of a plane which often falls off in a crash.

“Most of them come loose because they’re very heavy. The mount rips loose and off they go,” he said.

Debris, bodies provide clues to what might have happened

Even so, Dr Gallo says the plane’s fuselage or debris field can still give investigators a wealth of information, without the black boxes.

“Say you get into the cockpit, look at the settings. You could look at the actual airframe itself — about how pieces are bent or torn or scarred or burnt,” he said.

“It’s just like a crime scene … an underwater crime scene. We did this with Air France. We took 85,000 single images of that plane so that the forensic team could actually see it the same way it would be on land.

“So they could point to something and say: ‘That’s an engine, that’s a landing gear. What does that tell us when we see that the landing gear is bent or the flap is up or down?'”

And although the Air France plane broke into pieces on impact, the bodies of many passengers were found largely intact, giving investigators more clues.

“In some places bodies don’t last very long at all, and even the sea water dissolves bones so that there’s nothing that remains,” Dr Gallo said.

“In Air France there were bodies that were, in a way, preserved. Normal processes of decomposition don’t happen.

“The plane was disintegrated … but there were places where there were rows of seats and many people were still in their seats.

“But you know, is the captain still in the cockpit? Is someone else still inside the cockpit? You can learn an awful lot … just by looking at the aircraft.”

Because of the complete absence of light in such deep ocean, Air France investigators used sonar signals from unmanned submarine vehicles to find the plane and then map its shape and position.

Once the wreck was found, they used cameras to create a finely detailed mosaic of the entire wreck site.

“The bottom of the ocean is perfectly pitch black. There is no sun. Lights don’t go very far so you’ve got to be able to image as best you can, and make mosaics of the bottom, and that takes thousands and thousands of images,” he said.

“Then you identify pieces you’d like to bring back — maybe a computer, maybe an engine, maybe the black boxes, and then you have to use a robotic arm to reach out and actually grab those things and bring it up to the surface.”

Eventually 104 bodies of the 228 people on board were retrieved from the Air France wreckage and taken to France for identification and burial.

Dr Gallo says the almost four years of fruitless searching for MH370 does not mean the missing Malaysian plane will not be found.

“In our case, the first year out we did not find it,” he said.

“We spent two months looking, did not find Air France. But the second time we went out we found it within about a week.”

Bodies may be preserved in MH370 wreckage, says expert