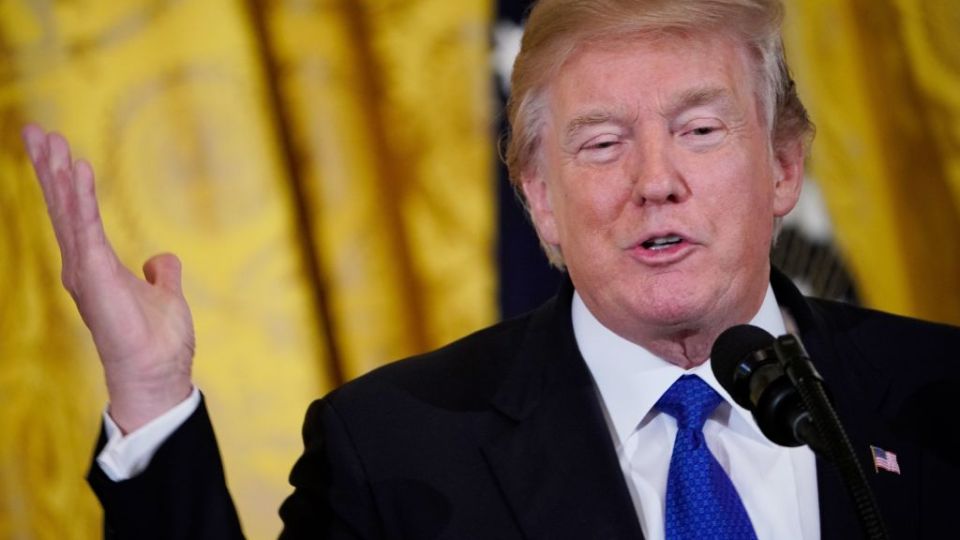 I would love to do it, and I would like to do it as soon as possible." Photo: Getty

US President Donald Trump says he would be willing to be interviewed under oath by Special Counsel Robert Mueller, who is investigating Russian meddling in the 2016 US election.

“I’m looking forward to it, actually,” Trump said of an interview Mr Mueller while speaking to reporters at the White House on Wednesday. “I would do it under oath.”

During a surprise exchange with about 20 reporters at the West Wing, Mr Trump said: “Here’s the story, just so you understand. There’s been no collusion whatsoever. There’s no obstruction whatsoever, and I’m looking forward to it.”

He said that people might misinterpret his efforts to “fight back” as obstruction.

The President’s comments came after a report in The Washington Post on Wednesday claimed that Mr Mueller’s questioning would focus on Mr Trump’s decisions to oust national security adviser Michael Flynn and FBI director James Comey.

The Post reported that Mr Trump’s legal team was negotiating on what form the President’s testimony could take.

The paper said Mr Trump’s lawyers could ask for him to be allowed to answer some questions in person and some in a written statement.

During the impromptu exchange with reporters, Mr Trump said he was “not at all” concerned about the questioning of Mr Sessions.

But later, Ty Cobb, the White House lawyer leading the response to the investigation, suggested Mr Trump only meant to say he would meet with Mr Mueller, according to The New York Times.

“He’s ready to meet with them, but he’ll be guided by the advice of his personal counsel,” he said.

The arrangements for the potential meeting were still being worked out between the President’s personal lawyers and Mr Mueller’s staff, the Times reported Mr Cobb as saying.

The President made the remarks before he headed to Davos, Switzerland for the World Economic Forum.

The Australian newspaper reported that the pair will meet on Friday, February 23, along with a contingent of state premiers travelling to a summit with US state governors.

The visit has not been announced by Canberra or Washington.

It comes as Australia prepares to sign onto the 11-nation Pacific trade deal, which was thrown into disarray when Mr Trump pulled the US out of the deal a year ago after describing it as “a continuing rape of our country”.

Mr Turnbull said on Wednesday that while he would encourage the US to come back into the TPP, he didn’t think there was “any prospect” it.

“It’s important to recognise that President Trump made a very straightforward, a very committed election promise not to proceed with the TPP,” Mr Turnbull said.

Mr Trump and Mr Turnbull had a volatile start to their relationship with a testy phone call after the President moved into the White House in 2017.

The call ended abruptly when the prime minister pushed the President on the asylum-seeker deal struck in 2016 when Barack Obama was president.

Both Canberra and Washington have since worked to promote a warmer relationship between the two men.

Donald Trump agrees to speak under oath to Mueller inquiry