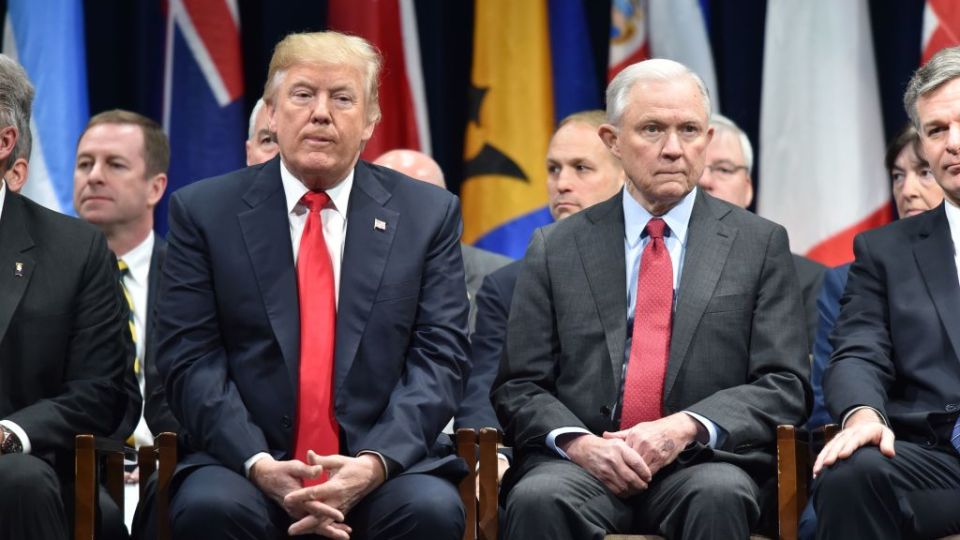 The interview marks the first time that Special Counsel Robert Mueller’s office is known to have interviewed a member of Mr Trump’s Cabinet.

The interview with Mr Sessions, who served as an advisor to Mr Trump’s campaign, is another serious development in an investigation that has hung like a cloud over Mr Trump’s year-old presidency.

Mr Sessions recused himself from overseeing the Russia probe last March after media outlets reported he had failed to disclose several 2016 meetings with Russia’s ambassador.

His recusal paved the way for Deputy Attorney General Rod Rosenstein, the No. 2 official in the Justice Department, to appoint Mr Mueller as special counsel in May 2017.

Reuters could not immediately learn details about what kinds of questions Mr Sessions faced during his interview, which was first reported by the New York Times.

But his involvement in Mr Trump’s firing of former FBI Director James Comey is likely to be one area of interest for Mr Mueller’s team as it looks at potential obstruction of justice by the Republican president.

Mr Trump fired Mr Comey last May after both Mr Sessions and Mr Rosenstein penned a memo recommending his ousting over his prior handling of the investigation into former Secretary of State Hillary Clinton’s use of a private email server.

Ms Clinton was the Democratic presidential candidate who lost to Trump in 2016.

Mr Trump this month refused to commit to being interviewed by Mr Mueller, saying “I’ll speak to attorneys” about the matter and that “there was absolutely no collusion”.

US intelligence agencies have concluded that Russia interfered in the 2016 campaign using hacking and propaganda to attempt to tilt the race in favour of Mr Trump. Russia has denied it.