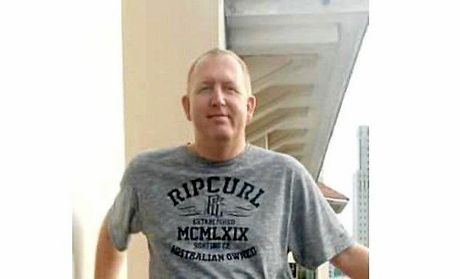 Queensland man Troy Birthisel has been awaiting trial in the Philippines since 2013.

A Queensland man who has languished in a Philippines jail for more than four years despite not being convicted of any crime has accused Australia of leaving him “to rot” and ignoring his right to a speedy trial.

Troy Birthisel has spent the past 51 months in prison while his trial on illegal recruitment charges has proceeded at an agonising crawl in Lapu Lapu City in Cebu.

Mr Birthisel, who maintains his innocence, says repeated pleas to the Australian government for diplomatic officials to raise his prolonged incarceration with Philippines authorities have fallen on deaf ears.

“There is no doubt I have been left to rot in this place,” Mr Birthisel, who says he must share a cell and single toilet with 90 other people, told The New Daily.

“It’s obvious they don’t care about me, as long as I am treated equally to the locals.”

Mr Birthisel has been behind bars since October 2013 when he was arrested while attempting to board a plane from Cebu to Singapore with his girlfriend and six other Filipino women.

Philippines authorities initially charged him with human trafficking before dropping the charges. The Gladstone native is now facing charges of illegal recruitment, which carry a maximum sentence of life imprisonment.

Mr Birthisel says he was merely accompanying the women to a job interview.

Mr Birthisel’s attorney Albert Lulu said it was “problematic” that his client had been in jail so long without a guilty verdict, noting that the trial could easily take more than another year.

“If we go by the rules, then definitely before the year ends,” Mr Lulu said, explaining that the defence team had yet to be given the chance to present its case.

“But if we go by reality, then probably within the first quarter of next year.”

Mr Lulu said he was confident Mr Birthisel would eventually be found innocent, noting that four of the six complainants in the case had signed affidavits revoking their initial testimony and then further exonerated his client in court.

“While in court, they admitted that Mr Troy did not hire or recruit them,” he said.

The Philippines legal system is notorious for its delays, earning a dubious reputation for being among the slowest in the world, despite recently introduced reforms intended to keep trials to under a year.

“It’s obvious they don’t care about me, as long as I am treated equally to the locals.”
Troy Birthisel

The Department of Foreign Affairs and Trade told The New Daily that it was providing consular assistance to an Australian man detained in the Philippines but could not comment further.

In a letter sent on behalf of Foreign Minister Julie Bishop to Mr Birthisel’s family earlier this month, however, the department noted that the “length of time and delays”, and prison conditions he was experiencing were similar to those faced by locals.

While assuring that the department was focused on Mr Birthisel’s safety and welfare, the letter suggested he seek redress within the Philippines legal system.

“As you can see by the Foreign Minister’s letter, it’s OK to be denied your basic human rights, provided everyone is treated the same,” Mr Birthisel said.

He said he was happy to go through the legal process to clear his name and only wanted to have his day in court within a reasonable length of time.

“All I’m asking from the government is to ensure my basic human rights to a fair and speedy trial.”