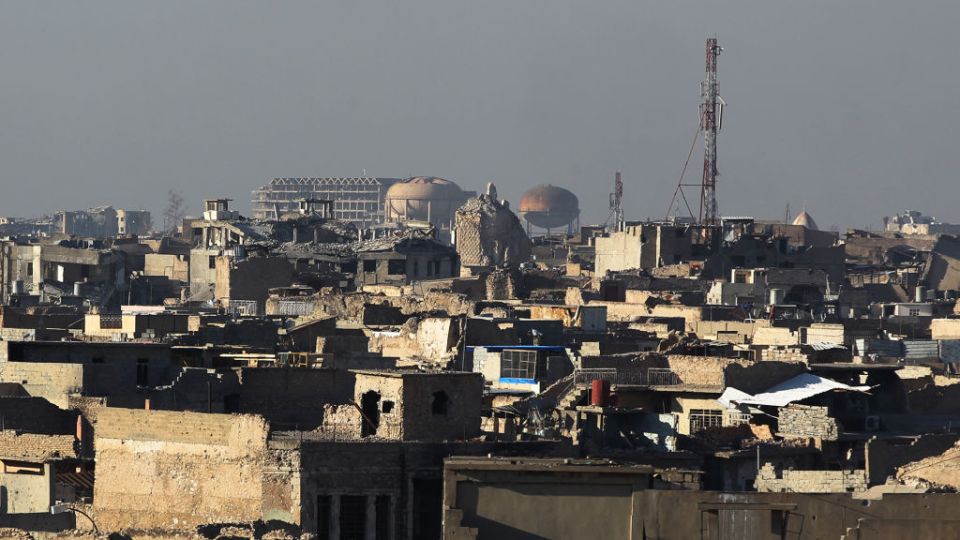 The woman is believed to have been captured after the battle for Mosul last July. Photo: Getty

An Iraqi criminal court has sentenced a German-Moroccan woman to death by hanging after convicting her of joining the Islamic State militant group.

“The central criminal court in Baghdad has reviewed the case of a female defendant, who is holding the German nationality and charged with terrorism, and sentenced her to death by hanging in line with the anti-terrorism law,” judicial spokesman Abdel-Sitar Bairaqdar said in a statement on Sunday.

“The convict admitted that she had travelled from Germany to Syria and then to Iraq out of her belief in the hardline group, and that she had brought her two daughters with her, who married members of the terrorist group,” he added.

The accused had provided logistics support and was involved in IS’s attacks on Iraqi forces, according to Bairaqdar, who did not specify the woman’s age.

The woman acknowledged joining Isis after travelling from Germany to Syria and then to Iraq along with her two daughters. Both daughters later married militants.

The UK’s Independent newspaper reported the woman was believed to have been among several women who were captured in July 2017 after the battle of Mosul when Iraqi forces pushed Isis out of Iraq’s second city.

The verdict can be appealed.

Hundreds of foreign fighters from Europe joined IS after the al-Qaeda splinter group had seized large swathes of territory in Iraq and neighbouring Syria in 2014.

In recent months, IS has suffered military setbacks and lost ground in both countries.