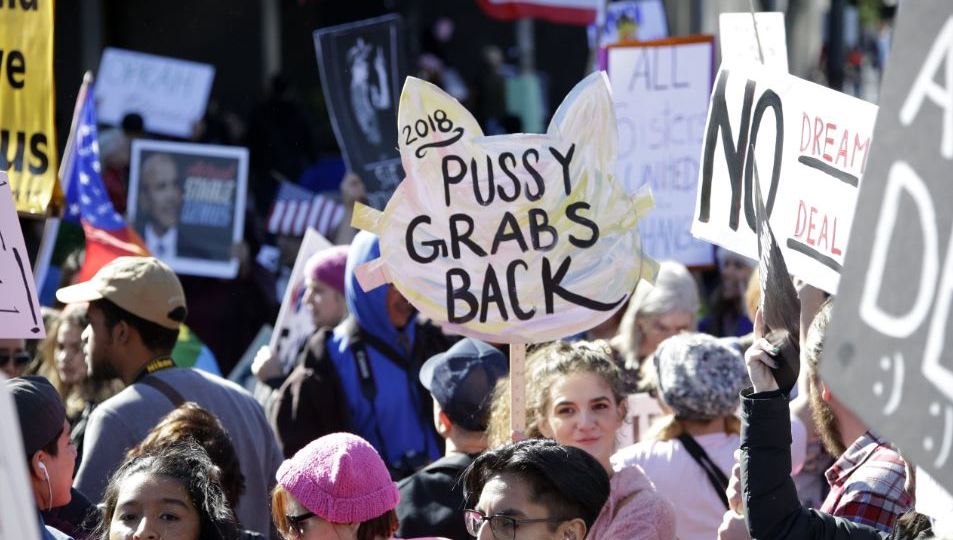 Thousands of protesters have turned out across the US for the second Women’s March, marking the first anniversary of President Donald Trump’s inauguration with rallies aimed at channelling female activism into political gains in elections this year.

The coordinated Saturday rallies in Washington, New York, Los Angeles, Chicago and about 250 other cities are a reprise of the mass protests that marked the beginning of Trump’s presidency. Sister rallies were also planned in Britain, Japan and other countries.

The rallies also come during what has been seen as a pivotal year for women’s rights with the #MeToo and #TimesUp social media effort against sexual harassment and abuse that was born out of a string of scandals in Hollywood, Washington and elsewhere.

Many of the protesters wore pink knit “pussy hats”, which were created for last year’s march as a reference to a comment made by Trump about female genitalia.

And true to form, Mr Trump was quick to needle the protesters by urging more women to flood the streets and celebrate the “unprecedented economic success and wealth creation that has taken place over the last 12 months”.

The caps quickly became a symbol of women’s empowerment and opposition to the new president in the early days of his administration. 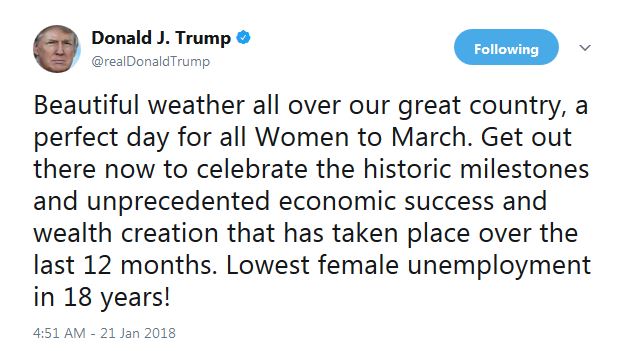 One of the biggest marches was in New York, where 37,000 people had signed up on the march’s Facebook page. City Hall officials put the number of protesters at more than 120,000.

Despite the crowd sizes, the number of participants in this year’s rallies fell well short of the estimated 5 million who marched against the election result on January 21, 2017, in one of the largest mass protests in US history.

Activists say Trump’s policies rolling back birth control and equal pay protections have propelled many women into activism for the first time. In Virginia state legislative polls, 11 of the 15 Democrats elected were women.

Donald Trump’s first year ends as it began, with massive protests from coast to coast