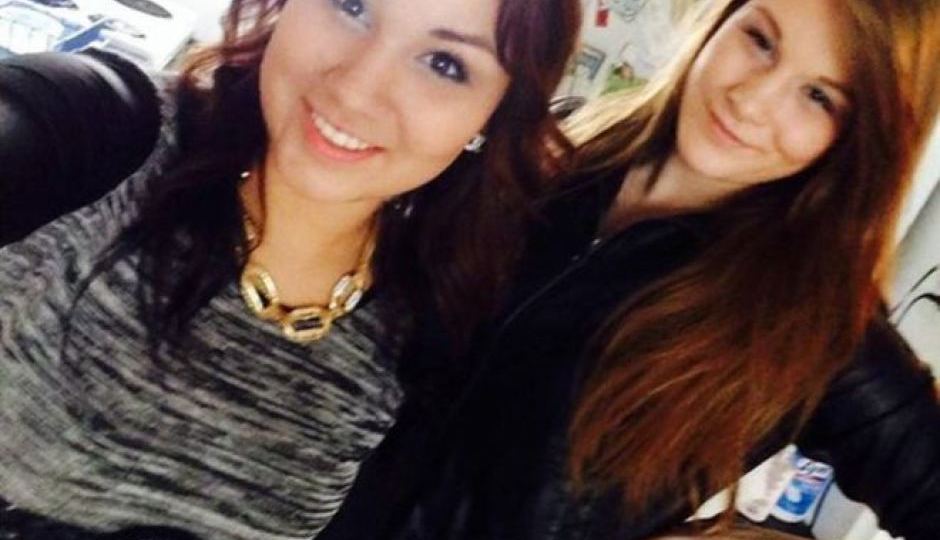 A Canadian woman has been sentenced to seven years’ jail for the 2015 killing of her best friend, after police linked the murder weapon to a selfie of the friends posted on Facebook.

Cheyenne Antoine pleaded guilty to manslaughter and was jailed for the death of her friend Brittney Gargol.

According to CBC reporter Charles Hamilton, who live-tweeted the final submissions in the case from the courtroom, Ms Gargol was found in March 2015, unresponsive, lying shoeless on her back on the side of the road. The cause of death was strangulation.

BREAKING: Cheyenne Rose Antoine has pleaded guilty to manslaughter in the 2015 death of Brittney Gargol

But for two years, police had no leads.

In what Crown prosecutor Robin Ritter said was “a very long and complicated investigation”, the court heard how Antoine used Facebook to leave “some bread crumbs” to mislead police, posting about Gargol’s whereabouts a few hours after her death.

At one point, Antoine called the police to confirm she was with Ms Gargol that night.

She also told police that they went to several bars, meeting up with other people before Ms Gargol met an unknown man — a statement police later determined to be a diversion.

Antoine also told police that two strangers from Toronto murdered Ms Gargol, telling her uncle they held a gun to her head and made her help them cover it up.

But her stories were full of holes: There was no CCTV footage to confirm the women went to the Colonial bar, and Antoine’s uncle could not confirm the story.

Without any real leads, police then did what any modern-day investigators would do: they did a deep dive on Facebook.

Six hours before she was found, Ms Gargol and Antoine had posted a selfie to Facebook.

The Facebook photo shows Antoine wearing a belt identical to the one found near Ms Gargol’s body.

Antoine also had bruises and cuts on her hands which she said was caused by her cousin biting her and from falling over while drunk.

But then the real break came when Ms Gargol’s family received a tip from someone saying Antoine came to them, very drunk, on the night of the killing and said she had “hit her friend” and “strangled her”.

Another friend told police Antoine came to his house that night “hysterical” and crying about her friend, who she killed after they got into an argument.

Police had all they needed to mount a case.

On Tuesday, 21-year-old Antoine pleaded guilty to manslaughter and was handed her sentence.

In a statement through her lawyer, Antoine said she would never forgive herself for what she had done.

“Nothing I say or do will ever bring her back,” the statement said.

“I am very, very sorry … it shouldn’t have ever happened.”

The court heard Antoine had drug and alcohol abuse issues as a result of alleged sexual abuse at the hand of her foster father, who is now facing court over the allegations.

The court heard how, leading up to her arrest, Antoine had “tried to kill herself with drugs” and was subsequently arrested for an unrelated matter.

She was arrested for the killing while in jail.

Ms Gargol’s father told the court how angry and sad he was about how short his daughter’s life was.

“My life is changed forever. I miss her so much.”

How a Facebook selfie helped police solve a killing