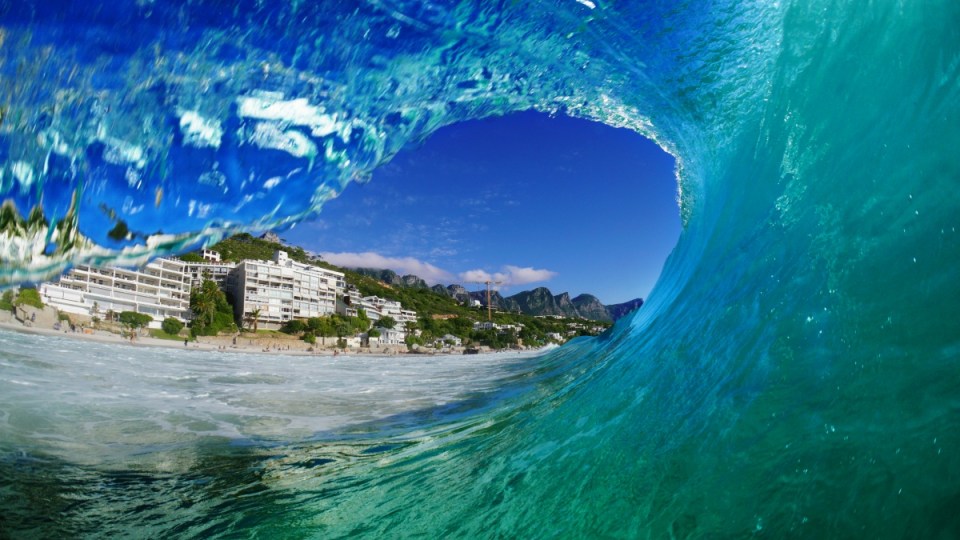 The coastal city of Cape Town has mandated a water ration of 50 litres of water per person per day. Photo: Getty

South Africa’s legislative capital Cape Town has been forced to implement water rations for residents and may soon turn off water supplies after three years of extreme drought sapped the city’s reservoirs.

In a world first, the coastal city has mandated a water ration of 50 litres of water per person or 87 litres per household per day.

Watering lawns and gardens, filling pools and washing cars have all been banned in South Africa’s second-biggest city, with residents even advised to refrain from flushing the toilet unless absolutely necessary.

More than four million Cape Town residents have also been instructed to shower rather than bathe and to keep it quick – under two minutes.

In reality, Cape Town will never completely run out of water, with the last 10 per cent from a reservoir too costly and difficult to extract, according to Forbes.

The city’s water ration initiative instead recognises that once dams reach 13.5 per cent capacity, water supplies will shut off and residents will have to queue to collect their daily rations of water.

Time reported the self-imposed limits weren’t working, with the city’s statistics indicating only 54 per cent of residents were hitting their 87 litres per day target.

Ms De Lille said consumption remained too high with half of residents still not keeping to the restrictions and announced she would move ‘Day Zero’ a week forward to April 22, according to TimesLIVE.

“Consumption remains too high with half of Cape Town’s residents still not keeping to the 87 litres of water per person per day,” Ms De Lille said.

After Day Zero, residents will have to go to one of 200 municipal water points throughout the city where they can collect a maximum of 25 litres.

However, it’s been reported the wealthy may avoid the water restrictions with companies offering to transport water from less water-constrained areas at a price.

Ms De Lille told Bloomberg BusinessWeek the city had to change its relationship with water. The mayor has reportedly filled in her pool with concrete and stopped washing her car.

“We have to plan for being permanently in a drought-stricken area,” she said.