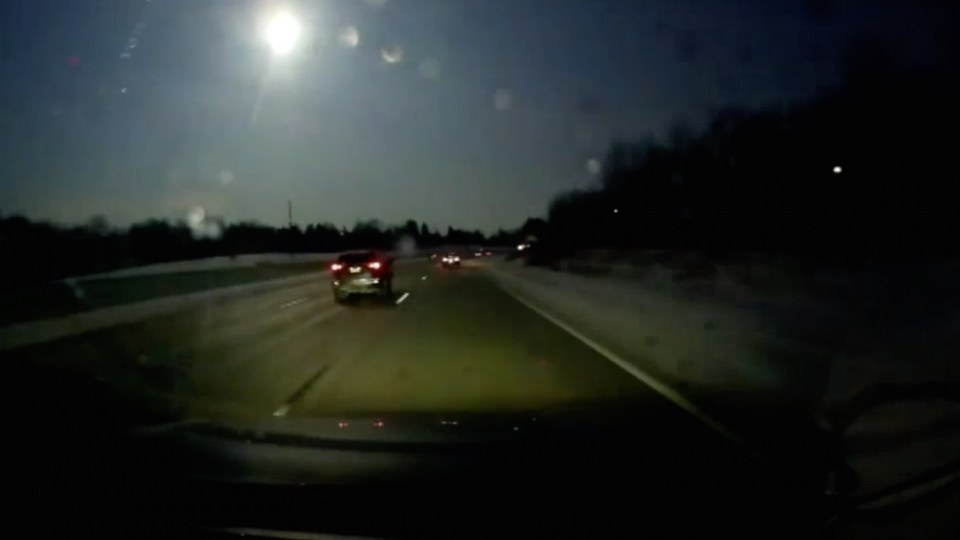 A bright meteor briefly swept across the sky over parts of the US Midwest and Canada, causing a powerful explosion that rattled homes and onlookers.

The meteor was seen across the region in Ohio, Michigan and Ontario about 8pm local time on Wednesday and registered a magnitude-2 tremor about 7 kilometres east of Saint Clair Shores in Eastern Michigan, the United States Geological Survey said on its website.

The American Meteor Society said it received hundreds of reports of a fireball over Michigan, and it appeared a space rock penetrated deep into the earth’s atmosphere before it broke apart.

The National Weather Service (NWS) confirmed it was not a meteorological event but more likely a meteor.

“The NWS can confirm the flash and boom was NOT thunder or lightning, but instead a likely meteor,” the NWS in Detroit said on Twitter.

In further tweets the NWS Detroit said the meteor was about 182 centimetres in diameter and was travelling at 45,000kph before breaking up at least 32km above the ground.

The meteor sighting lit up social media with people posting videos and reaction.

“I can’t believe there was a Meteor! It shook our house and made a large bang! We thought someone hit our house,” Twitter user Jennifer Wilson said in a post.

Others had more ominous thoughts.

“I thought for sure I was either seeing the alien invasion or the apocalypse. It’s awesome in retrospect, freaky … in real time,” said a Twitter user who goes by the name Crash.

Meteor lights up sky over Michigan