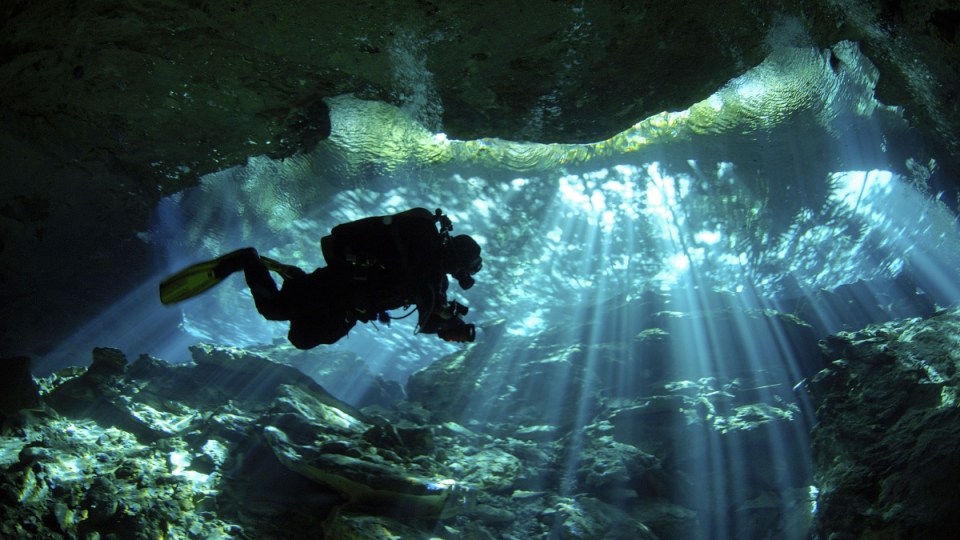 Archaeologists and divers on Mexico’s Yucatan peninsula have announced that they have found a passage connecting two underwater caves, creating what they say is the world’s longest continuous flooded cave.

Divers from the Great Maya Aquifer Project say the discovery has revealed a combined cave about 347 kilometres long.

Mammoth Cave in Kentucky remains the world’s longest cave of any kind, with more than 650 kilometres of passages explored.

The Sac Actun and Dos Ojos caves were both previously known and are near the Caribbean coast town of Tulum. The combined cave will be known as the Sac Actun system, taking on the name of the longer section.

Divers have long known that Yucatan’s underground caves and rivers are frequently connected, but finding this connection was a task that involved years of searching through labyrinthian passageways.

Many caves in the Yucatan were at one time above sea level and were dry or partly dry. Evidence of early human inhabitants and extinct fauna have been found inside some cave systems. Relics of Mayan culture, whose descendants still populate the peninsula, have also been found in the caves.

“Along this system, we had documented evidence of the first settlers of America, as well as extinct fauna and, of course, the Mayan culture.”

Biggest flooded cave on the planet found in Mexico