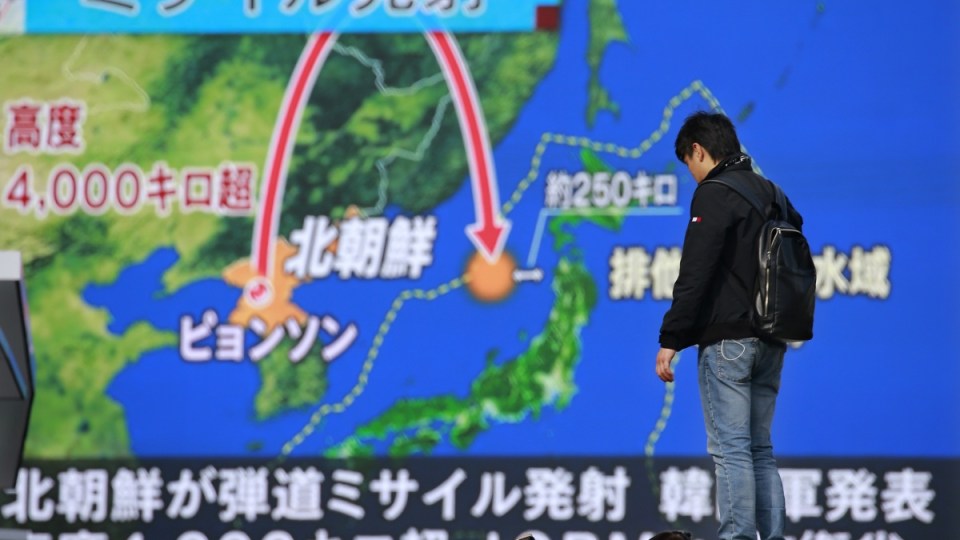 Japan has been on alert after missiles heading in its direction were launched by North Korea last year. Photo: AAP

The message, received by users of the NHK app, read: “NHK news alert. North Korea likely to have launched missile. The government J alert: evacuate inside the building or underground.”.

Five minutes later, the broadcaster posted another alert correcting itself, deleting  its tweet after several minutes, issued a correction and apologised several times on air.

It was not immediately clear what triggered the mistake.

“We are still checking,” an NHK spokesman said.

Regional tension soared after North Korea in September conducted its sixth and largest nuclear test and in November said it had successfully tested a new type of intercontinental ballistic missile that could reach all of the US mainland.

It regularly threatens to destroy Japan and the United States.

There were no immediate reports of panic or other disruption following the Japanese report.

Human error and a lack of fail-safe measures during a civil defence warning drill led to the false missile alert that stirred panic across Hawaii, a state emergency management agency spokesman said.