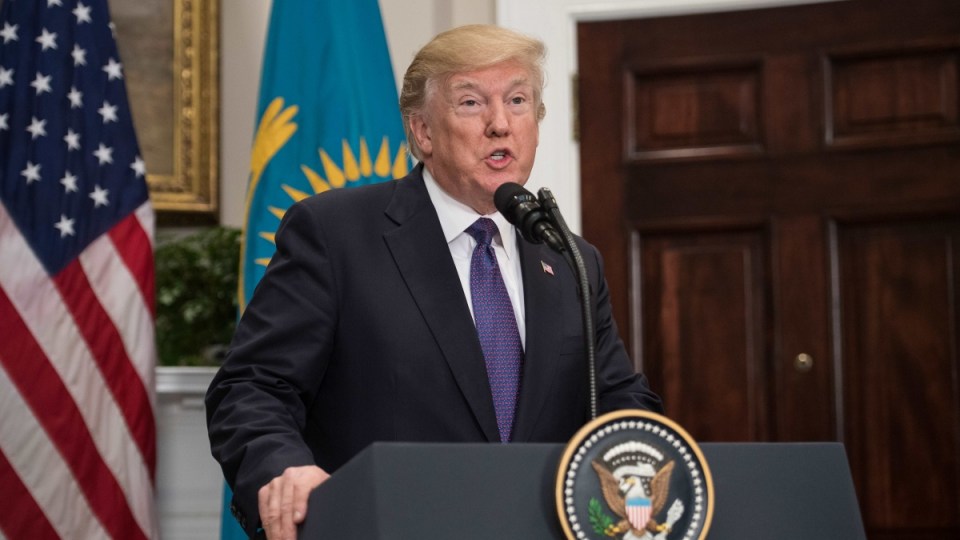 US President Donald Trump has passed a test for signs of dementia and is in excellent health, although he could benefit from a lower-fat diet and more exercise, the White House physician said.

Mr Trump asked his physician, Ronny Jackson, to add a cognitive screening test to the exam.

“He continues to enjoy the significant long-term cardiac and overall health benefits that come from a lifetime of abstinence from tobacco and alcohol.”

He said despite the president’s love of fast food and lack of exercise he was in good health, and that he has “incredible genes”.

“That’s just the way God made him,” Dr Jackson said.

Trump, 71, is known to enjoy high-fat foods like fried chicken, hamburgers and steak – and, while he plays golf, he does not have a daily exercise routine.

Dr Jackson said Mr Trump is going to try to lose about 7kgs by eating better and starting to exercise.

The Navy doctor exhausted reporters’ questions during an unusually lengthy hour-long session, at Trump’s request, and said he did not withhold any information in the interests of privacy.

The examination took place on Friday toward the end of a week in which Trump’s mental fitness for the job had come under intense scrutiny after a controversial book, Fire and Fury: Inside the Trump White House, portrayed him as childlike.

Dr Jackson said Mr Trump received a 30/30 on the cognitive test which would have detected any serious mental impairments, including alzheimer’s disease. Anything scored above 26 is considered to be healthy.

The test asks patients to perform a range of tasks, including to name several animals, recall a short list of words, draw a clock with the hands set at a certain time and copy a cube.

“He has absolutely no cognitive or mental issues whatsoever,” Dr Jackson said.

“I’ve found no reason whatsoever to think that the president has any issues whatsoever with his thought process.”

He said Mr Trump is “absolutely” fit for duty, and that based on his assessment, the president would be physically fit for another term in office.

“The president is mentally very sharp, very intact… He is fit for duty,” Dr Jackson said.

Mr Trump is considered overweight and borderline obese at 1.9 metres tall and 108 kgs.

His blood pressure was normal, and his cholesterol was on the high side, Dr Jackson said.

Dr Jackson said he would increase Mr Trump’s daily dose of cholesterol-lowering drug Crestor, bring in a nutritionist and assign him a daily exercise program.

Jackson also said Trump takes Propecia, a prostate-reducing drug that treats hair loss, which has been linked to an increased risk of depression, self-harm and erectile dysfunction.

President Trump’s health might be “excellent” but the state of his Mar-a-Lago Resort in Palm Beach is not.

A recent inspection cited the Florida property for maintenance violations which could have posed a threat to public health, safety and welfare.

The exclusive club’s kitchens were cited for 15 violations, including the improper storage of milk.