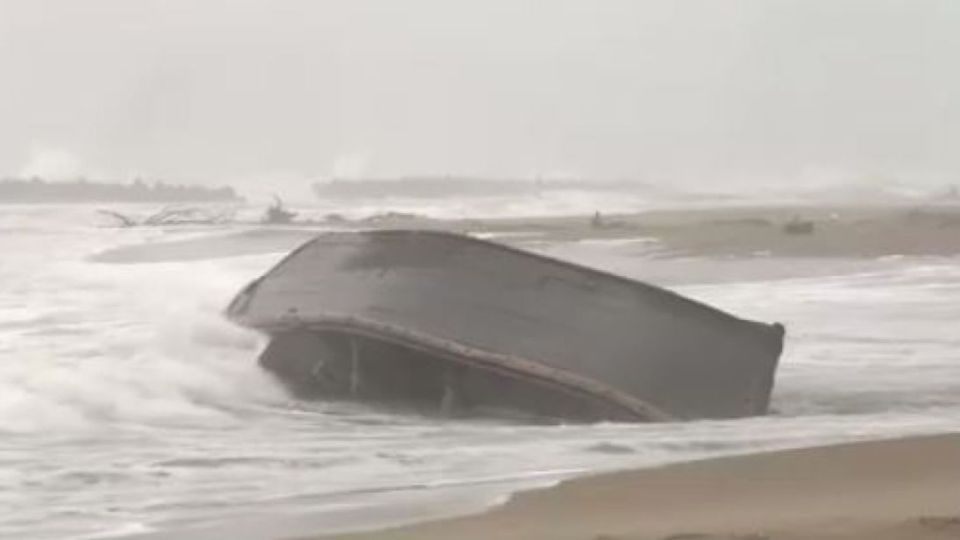 Police found the wooden boat last week and discovered one body, but bad weather prevented them from getting a closer look.

“We are trying to find their identities and if we cannot find the owner of the ship, we will give it to the local government.”

The skeletal remains were found with a cigarette box with Korean characters — but authorities are yet to formally confirm the boat or the corpses’ origins.

Earlier this month the Japanese Coastguard reported that 104 of these wooden vessels were detected last year — a significant increase from the 66 confirmed the year before.

Previous vessels which have arrived had Korean markings, but this most recent one did not.

Experts believe the people on these ships were likely fishermen on an ill-fated, but government-mandated, search for bigger catches.

But their old and poorly equipped vessels are prone to mechanical and other problems, including running out of fuel, and there are few ways for them to call for rescue.

A severe shortage of food and foreign currency — as international sanctions over Pyongyang’s nuclear and missile ambitions bite — are contributing to a wave of poorly equipped North Korean fishing boats washing up in Japanese waters, pundits say.