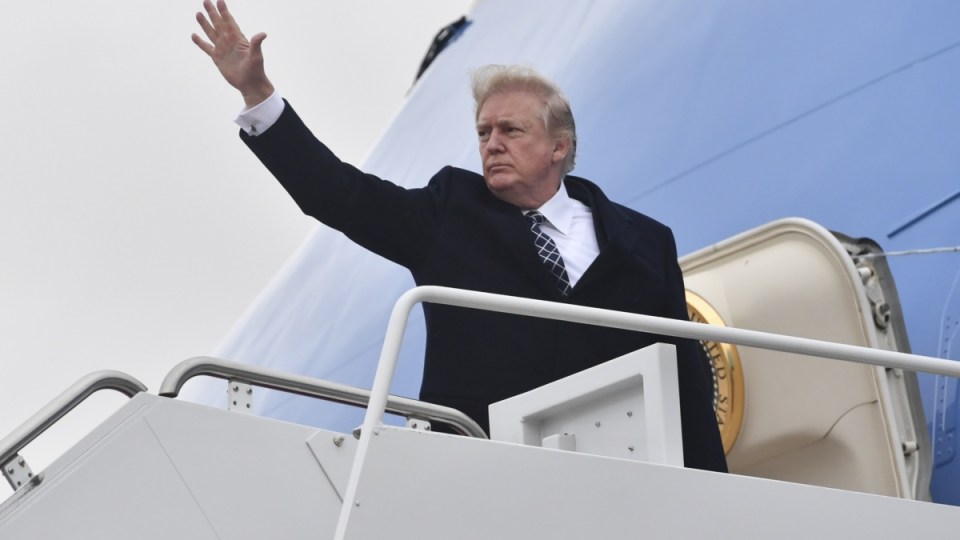 President Donald Trump has marked his first Martin Luther King Jr national holiday largely out of sight, buffeted by accusations that he used a racially tinged word to describe African countries and scoffed at the suggestion of admitting more Haitians to the US.

Trump decamped to his Florida estate for the long weekend, spending hours each day at his Trump International Golf Club in West Palm Beach.

On Friday, before he departed the White House, Trump encouraged the public “to observe this day with acts of civic work and community service in honor of Dr King’s extraordinary life… and his great legacy” as he signed a proclamation recognising Monday as the national holiday honouring the slain civil rights leader.

Mr Trump dedicated his weekly address to the nation, released on Monday, to Dr King.

“Dr King’s dream is our dream, it is the American dream, it’s the promise stitched into the fabric of our nation, etched into the hearts of our people and written into the soul of humankind,” Mr Trump said in the address, which he tweeted out to his followers.

President Trump’s tribute followed the firestorm that erupted last week after he was accused of using the word “s—hole” to describe African countries and seeming to balk at admitting more Haitians to the US. He voiced a desire for more immigrants from countries like Norway.

The White House has not denied that Mr Trump used the vulgarity, but Mr Trump and some Republicans have disputed public accounts of the meeting.

Mr Trump defended himself Sunday night, declaring “I’m not a racist.” He said comments attributed to him “weren’t made.”

The president’s defence appeared not to sway the sizeable crowd of Haitians – waving their country’s flag – who gathered near the foot of a bridge leading to Trump’s Mar-a-Lago estate in Palm Beach to jeer at Trump as the motorcade returned from the golf club.

The smaller pro-Trump contingent waved US flags and campaign posters and yelled, “Trump is making America great again.” One man could be seen telling the Haitians to leave the country. Police kept the sides apart.

In Washington, Dr King’s elder son, Martin Luther King III, criticised Mr Trump, saying, “When a president insists that our nation needs more citizens from white states like Norway, I don’t even think we need to spend any time even talking about what it says and what it is.”