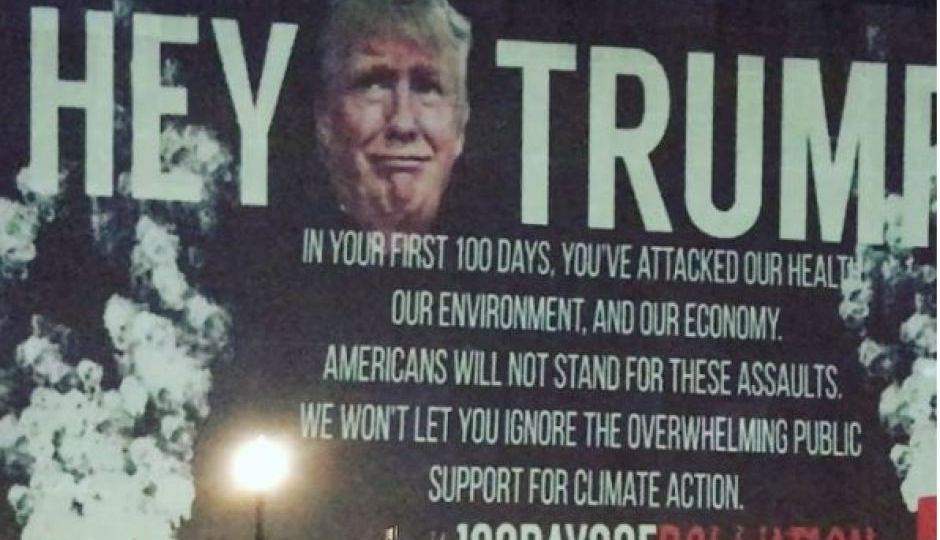 US President Donald Trump has defended himself after days of criticism over claims he called African nations “s—hole countries”, telling reporters, “I am not a racist.”

As he arrived for dinner with a senior Republican congressman on Sunday night (US time), Mr Trump was asked about the controversy.

“No, no. I am not a racist,” the President replied.

“I am the least racist person you have ever interviewed. That I can tell you.”

Mr Trump also again denied making the reported comments, saying: “Did you see what various senators in the room said about my comments? They weren’t made.”

The President has been facing sustained condemnation for reportedly suggesting immigrants from Africa – and possibly Haiti and El Salvador – were from “s—hole countries”.

Those protests came from African leaders and US lawmakers, an activist who projected “s—hole” on one of Mr Trump’s hotels.

“Why are we having all these people from s—hole countries come here?” Mr Trump reportedly asked during a White House meeting last Thursday.

He reportedly then suggested the US bring in more people from countries like Norway, whose prime minister Mr Trump met last week.

If Trump is racist, so is Australia: official

Malcolm Turnbull was also drawn into the controversy on Monday when a Trump administration official suggested anyone who suggested the President was racist would have to say the same about the Australian PM.

“I take a little bit of offence to the comments and suggestions that the president is racist,” US Homeland Security Secretary Kirstjen Nielsen told Fox News.

“I’m sure that we are not, any of us, suggesting that Canada and Australia and their leaders are racists.”

Ms Nielsen argued Mr Trump wanted to move away from a “quota-based system” and move to a merit-based system, likening it to visa policies in those countries.

Last year, Mr Trump praised Australia’s asylum seeker policy, telling Mr Turnbull in a leaked phone call: “That is a good idea. We should do that too. You are worse than I am.”

Meanwhile, the Trump International Hotel was the target of a provocative protest to the President’s comments at the weekend.

Sometimes, Art can be the best way to respond – kudos to the creators of this intervention at the Trump International Hotel – https://t.co/Ec5Lz9BHTM

Activist and artist Robin Bell projected the word “S—HOLE” along with poo emojis and other slogans on the Trump International Hotel in Washington, DC.

Bell, who has been creating protests since 2001, also projected “Pay Trump bribes here” and “This is not normal” on the hotel.

In reference to his travel ban, he projected “Trump travels in comfort others travel in fear” on the building.

Mr Trump is reported to have made the controversial remarks after Democratic Senator Richard Durbin and Republican Senator Lindsey Graham told him that under the proposal, a lottery for visas would be ended.

Initially, the White House refused to deny Mr Trump’s use of the term “s—hole”, but the President has since suggested that while he had been “tough”, it was “not the language used”.

Accounts vary as to whether Mr Trump was referring solely to African nations, or also to Haiti and El Salvador, which were also being discussed during the meeting.