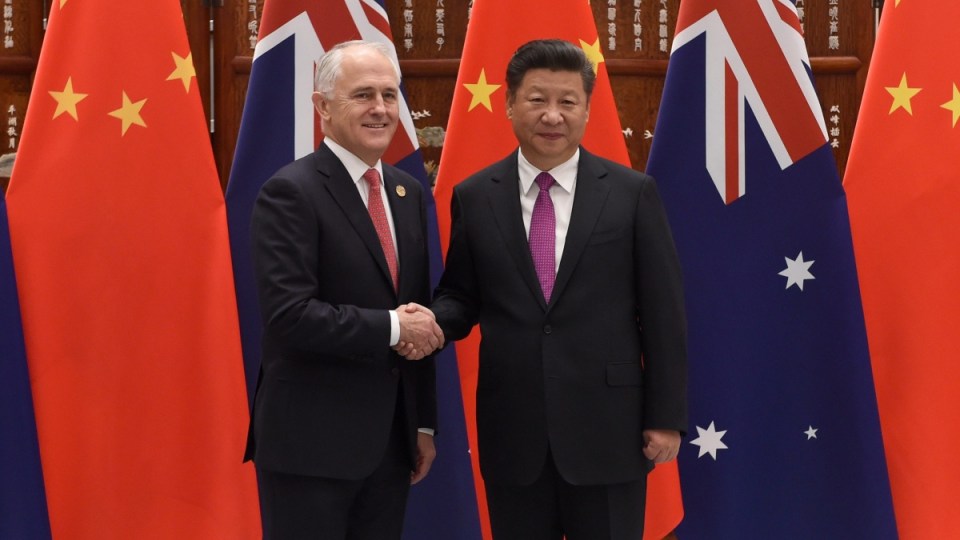 Australia and China were involved in a war of words over foreign interference late last year. Photo: AAP

A diplomatic row over China’s growing influence over Pacific island nations has prompted calls for Australia and New Zealand to consider merging their economies with their smaller neighbours.

The suggestion follows reports Australian officials are concerned about China’s growing presence in the Pacific.

Minister for International Development and the Pacific Concetta Fierravanti-Wells last week accused China of building “roads to nowhere” and “useless buildings” in the Pacific through its concessional loans and aid programs.

She said she was concerned some countries were taking on debts they could not afford to repay. Privately, officials told the ABC they were concerned that projects were being favoured to funnel money directly to the region’s leaders.

Her criticisms have been blasted by both China and some Pacific nations themselves.

“It might take a bit of a China scare to get us to pay proper attention to the near neighbourhood we often overlook,” Mr Dobell said.

“The China bogey does help Australia focus on the geopolitics on its doorstep.

“The big new thought that Australia is starting to play with is to offer not just partnership to the south Pacific, but economic and security integration.

“The proposal to integrate the islands with Australia and New Zealand is one of the ideas of the recent defence White Paper that hasn’t got much attention. But it’s a biggy with long-term prospects.

“Australia can offer but it’ll be up to the islands to commit.”

The defence White Paper promised that Australia would be the region’s ‘principal security partner’ and Mr Dobell said the integration policy recognised the need for a matching economic and social guarantee.

The minister’s remarks were insulting, destructive to the relationship and implied that Pacific leaders lacked integrity, he said.

Columnist Dan McGarry of The Daily Post Vanuatu reported: “China’s record with infrastructure projects is spotty to be sure. But Ms Fierravanti-Wells should do more homework before diving into the debate.

“Australia’s major roads project in Vanuatu, proudly unveiled in 2013 by then Foreign Minister Bob Carr, is a laughing stock.

“This shambolic operation, which should have been completed by now, is still lurching along with no end in sight.”

But it is China’s influence with the Fijian government of Prime Minister Frank Bainimarama which is particularly intriguing to regional observers because of corruption risk.

Fiji had signed five MOUs with China including one which allowed free entry for Chinese people into Fiji and joint ventures in fishing in Fijian waters.

The debate has also prompted calls for the government to fund the ABC to deliver new Pacific broadcasting services, plus more FM transmitters to service the Pacific.

ABC sources told The New Daily that ABC managing director Michelle Guthrie and the ABC Board were implementing a new strategy to boost programming through FM transmitters in the Pacific and from January 22 would start a bespoke daily morning radio show staffed by Pacific islanders.

“If the government wants to cost-effectively address Australia’s declining influence in the Pacific it could fund more FM transmitters,” the sources said.

Former Pacific correspondent Sean Dorney, now a non-resident Fellow with the Lowy Institute’s Melanesia program, was made redundant along with 73 other Australia Network and ABC Radio Australia staff in late 2014 when Foreign Minister Julie Bishop unilaterally terminated her department’s contract with the ABC.

Mr Dorney said the digital revolution, now with millions of smartphones through the region, provided an opportunity for a rethink about international broadcasting.

‘China scare’ shows Australia has ‘dropped the ball’ in the Pacific