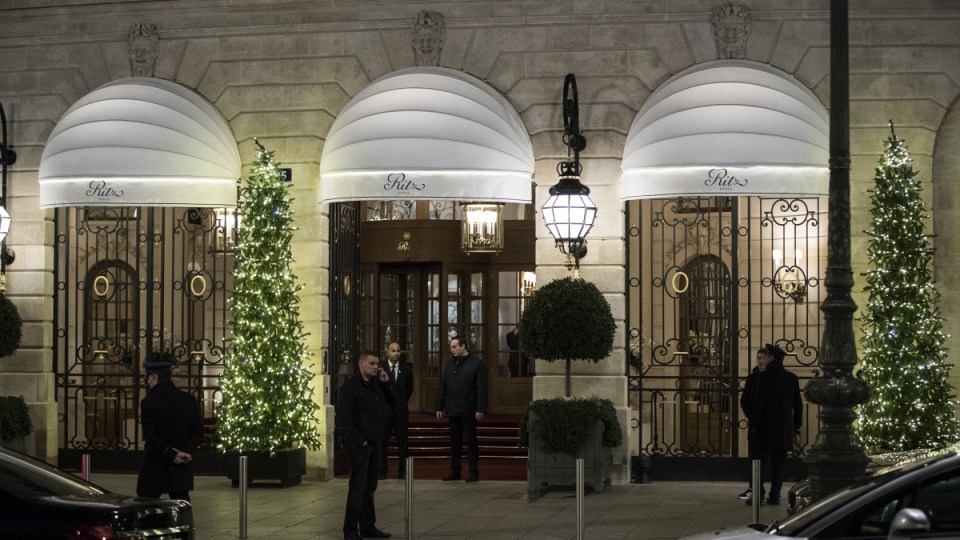 The bandits brandished axes as they smashed into the upmarket hotel. Photo: EPA

Axe-wielding robbers have made off with almost $7 million in jewellery after a daring heist at the luxury Ritz Hotel in Paris.

The five bandits broke glass showcases to steal jewellery and precious stones on display at a shop inside the hotel, which stands on the upmarket Place Vendome in the French capital.

French police arrested three of the robbers, but two are still at large.

The exact value of the stolen jewellery is yet to be confirmed.

“The loss is very high and remains to be assessed,” one police source was quoted as saying by Reuters.

Another put the figure at 4.5 million euros ($6.86 million), but said that a bag had been recovered possibly containing some of the stolen goods.

Despite the violence they used to obtain the jewellery, the robbers apparently injured nobody.

According to the daily Le Figaro newspaper, some people took refuge in the hotel’s underground area when they saw the robbers burst into the store.

Armed heists targeting jewellery stores are not uncommon in the ultra chic area, according to Reuters.

The Ritz Paris hotel first opened in 1898 and was the city’s first hotel to boast electricity on all floors and bathrooms inside the rooms.

It was at the Ritz that Diana, Princess of Wales, spent her last night in 1997 before the car crash that killed her and her lover Dodi Fayed, son of the hotel’s owner Mohammed al-Fayed.