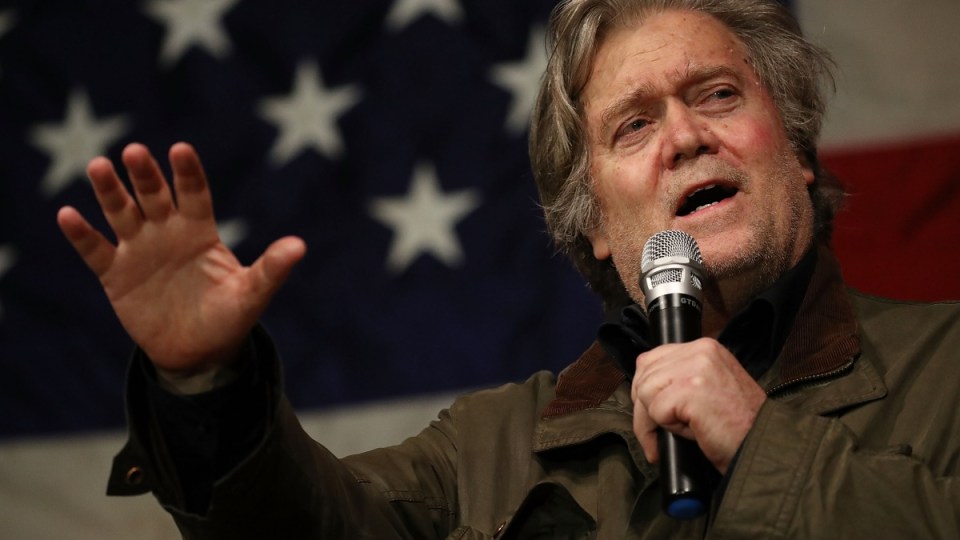 Former White House chief strategist Steve Bannon is stepping down as executive chairman of Breitbart News Network after a falling out with President Donald Trump.

Mr Bannon made the announcement he would leave the conservative site on Wednesday, less than a week after his explosive quotes against the Trump family were published in Michael Wolff’s tell-all book Fire and Fury: Inside the Trump White House.

“I’m proud of what the Breitbart team has accomplished in so short a period of time in building out a world-class news platform,” he said in a statement.

The website said that “Bannon and Breitbart will work together on a smooth and orderly transition”.

Breitbart chief executive Larry Solov said in a statement on the website that “Steve is a valued part of our legacy, and we will always be grateful for his contributions, and what he has helped us to accomplish”.

Mr Bannon angered Mr Trump last week when his criticism of the president and his family in the Fire and Fury book.

In an excerpt, Mr Bannon expressed derision and astonishment over the meeting in Trump Tower in New York in which a Russian lawyer was said to be offering damaging information about Democratic presidential candidate Hillary Clinton.

The book also characterised the president as mentally unstable and unfit for office.

Mr Trump responded by accusing his former aide – who he labelled “sloppy Steve” – of being insane.

“Steve Bannon has nothing to do with me or my presidency. When he was fired, he not only lost his job, he lost his mind,” Mr Trump said in a statement.